The Folk Process At Work

And speaking of Simon and Garfunkel's "The Boxer" as we were the other day -- from 1976, please enjoy Stu Daye and the damndest cover of it you'll ever hear.

I honestly have no idea what I think of that; I suspect that if I'd never heard the original, I might think it was the greatest thing ever, but I really can't make up my mind.

And in case you're wondering, the melody Stu substituted for the S&G version is from this old Burl Ives folk song cover.

I knew Stu when he was the frontman of a fantastic New York City new wave band called The Mix (I had no idea he had ever done a solo album).

In any case, The Mix were managed by Leber & Krebs, who also handled some loser band called Aerosmith (the Mix's album -- American Glue -- came out on L&K's custom label in 1980 and has never been on CD), and they were a genuinely exciting live act. Stu, in particular, was as annoyingly talented and natural a rocker as anybody I've ever seen -- think Steve Marriott with Pete Townshend's guitar moves.

Still, although they were quite a big deal in the New York area for a while, they never broke through; if I had to guess why, I'd say it's because the record didn't really do them justice. For which I blame rather lackluster production by the late Felix Pappalardi.

That said, please enjoy my personal favorite track from the album (for reasons that will become apparent shortly), the sublimely Beatle-esque "Forever." 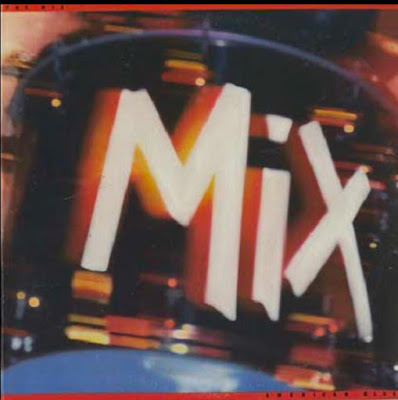 Incidentally, the band's drummer was the great Corky Laing, of Mountain fame. The bass player (who wrote and sings "Forever") was David Grahame, an old bandmate of mine who I haven't heard from in a while but who's apparently become something of a power pop cult figure over the years. It thus pains me to mention that to (perhaps) his eternal shame, his major credit remains co-writing the soul-destroying Mr. Big hit "To Be With You."

I should also add that the guitar riff that intros and outros "Forever" was composed by yours truly, and I'm still waiting for my damned writers credit and/or royalties.
Posted by steve simels at 8:42 AM

Being that rare creature who never quite got the what all the fuss was about re: S&G, I have to say that I enjoy the cover here far more than the original.

And you're so right about that "lackluster production." Yikes!

The Aerosmith ties went deeper, since Stu's solo album was produced by Jack Douglas. the liner/lyric sleeve had a picture of a pawn shop store front, with Stu displayed on hook inside the shop while a guitar strolled by on the sidewalk.

The boxer vocals remind me of Roger Daltrey in a good vein. Never heard till now so thanks for the heads up.