Unsung Heroes of Rock 'n' Roll: The Unsungiest One of Them All?

Who died, tragically young, 45 years ago next Sunday 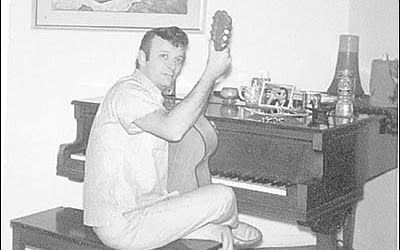 I thought I had written about Berns early in my tenure here, but as it turns out I was probably thinking about something I did for The Magazine Formerly Known as Stereo Review, probably involving the great 2002 compilation of the guy's best work The Heart and Soul of Bert Berns (still in print, and you can get it at Amazon here).

In any event, why this guy isn't in the Rock 'n' Roll Hall of Fame is fricking beyond me, as you can glean from this brief and (amazingly enough) incomplete list of the records he either produced or wrote or both.

I mean, sweet Jeebus -- but talk about a work ethic.

In any case, if he had done nothing more than write and produce this one --

-- he would deserve to be immortal.

Bert was dead by the time of Sugar Sugar. Anonymous maybe thinking of Don Kirshner.

Ace U.K., the world's best, erm, "oldies" label, also have issued two excellent and far more exhaustive than the aforementioned "The Heart and Soul of Bert Berns" (only 10 tracks from those cheapskates at Universal) volumes of Bert's best work with "Twist & Shout" (covering the years from 1960-1964) and "Mr. Success" (1964-1967). 52 exhilarating tracks in all - yet managing somehow to leave out something as essential as Freddie Scott's "Are You Lonely for Me Baby", which IS included though on "The Heart & Soul" CD. Phew! Goes without saying ALL those CD's should be in everyone's collection.

I liked the quote in the Ahmet Ertegun book saying the principals of the label regretted that such a mobbed-up company (BANG) used a gun for their logo.....

I had never heard about this cat, either. An impressive list of tunes. You can add the Human Beinz to the Nobody But Me list.