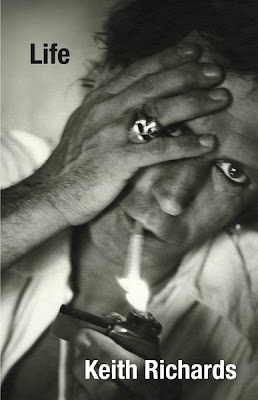 This will be -- word of honor -- my last post based on Keith Richards' compulsively readable autobiography, which I've finally finished, but the stuff about Keith's growing estrangement from Mick is just too hilarious.

It was the beginning of the '80s when Mick started to become unbearable. That's when he became Brenda, or Her Majesty, or just Madam...I went to WHSmith, the English bookshop on the Rue De Rivoli. I forget the title of the book, but there it was, some lurid novel by Brenda Jagger. Gotcha, mate! Now you're Brenda whether you like it or not.

Heh. And then there's this, which explains a lot.

But Mick was chasing fashion...It gave him a spongelike mentality when it came to music. He'd hear something in a club and a week later he'd think he wrote it. I've had to check him on that. I've played him songs that I've come up with, ideas...He says, that's nice and we fiddle about for a bit and leave it alone. And a week later he'll come back and say, look, I've just written this. And I know it's totally innocent, because he wouldn't be that dumb.

The writers credits under "Anybody Seen My Baby" include K.D. Lang and a co-writer. My daughter Angela and her friend were at Redlands and I was playing the record and they start singing this totally different song over it. They were hearing K.D. Lang's "Constant Craving."

And the record was about to come out in a week. 'Oh shit, he's lifted another one.' I don't think he's ever done it deliberately, he's just a sponge. So I had to call up Rupert [Lowenstein, the Stones business manager. -Ed.] and all of the lawyers, and I said, have this checked out right now, otherwise we're going to be sued.

Compare and contrast: From 1992, here's the lovely and talented (and aforementioned) K.D. Lang and her quite gorgeous "Constant Craving"... 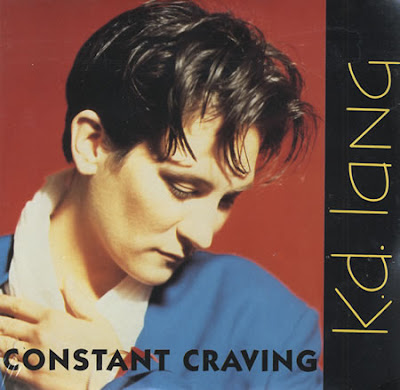 And from 1997, it's the very spongelike "Anybody Seen My Baby" by Brenda Jagger and company. 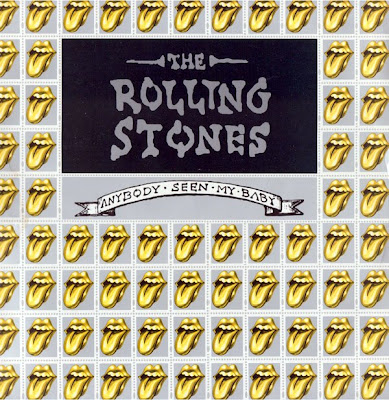 Not the Stones finest moment, no matter who wrote it, IMHO. Although at least they handled the problem more honestly than Coldplay did when they blatantly ripped-off that Joe Satriani tune a few years ago.
Posted by steve simels at 7:57 AM

"And from 1997, it's the very spongelike "Anybody Seen My Baby" by Brenda Jagger and company."

An aside, listened to "Metamorphosis" last night. It's a lot better than it's made out to be.

Not their finest moment, indeed.

Ha! I remember hearing this on the radio years ago, and having the same reaction as Keith. But you have to give them kudos for how they handled it. Should become an industry standard.

P.S. Just as a personal side note, late last night I was playing the guitar when I came up with some really nice changes. Got all excited; wrote a verse (decent lyrics, too) and set about recording it. Upon playing it back, I thought, "Hmmm...wonder if this has been done." Started playing it a bit slower, and realized I'd just written "The River."

"This will be -- word of honor -- my last post"
Go ahead, break your word. These have been a lot of fun, and I'm seriously considering buying the book now.
Did you ever read this review:
http://www.slate.com/id/2273611/
?
The Hound had it in his review of the book.
(somewhere in here:
http://thehoundblog.blogspot.com/ )

Did Keith thank Jay Ferguson for "Start Me Up/Thunder Island"?

If you haven't yet, check out the faux Mick Jagger response to Keith's biog. It is spot on.