You know, I don't get it: A morose sepulchral-voiced SOB like Leonard Cohen gets an adoring international hepster audience, while his back in the day Columbia Records labelmate Brute Force (aka Stephen Friedland) remains a wiseguy cult figure (this despite having written the the last great flowering of the Girl Group era, The Chiffons' "Nobody Knows What's Going On In My Mind But Me.")

Well, perhaps that's all about to change now that Bar/None Records has -- at long last -- reissued his masterwork. 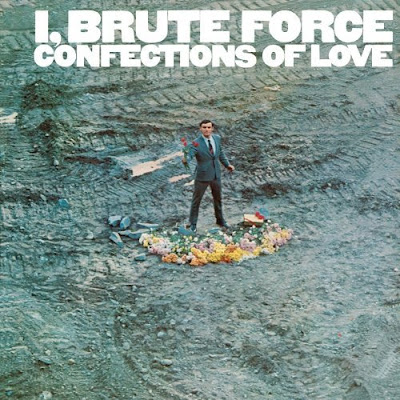 I wrote about Mr. Force (as the New York Times would have him) twice last year; the first time, in praise of his hilarious intestinal rocker "Tapeworm of Love," and the second in honor of his legendarily banned Apple Records(!) single "King of Fuh". In both cases, of course, I was implicitly lamenting the unavailability on CD of his 1967 Confections of Love, hence my posting of mp3s of the aforementioned songs (still available at the above links for your listening pleasure, BTW.)

In any event Confections is one of the genuine oddball classics of its era, a beautifully produced (by John Simon, of Music From Big Pink and other important records fame) set of slightly skewed comedic songs delivered by Force/Friedland in a delightfully adenoidal yelp that once heard will never be forgotten. Bar/None's reissue fleshes out the original 11 LP tracks with the aforementioned "King of Fuh" (about a mysterious land where there was actually a Fuh King -- get it?) and the Brute's 1968 single version of "Nobody Knows," which one presumes predated the more familiar hit and sounds -- in its more minor-keyed and ominous way -- rather like Jay and the Americans after a two week bender, i.e. deeply but pleasantly weird. I should add that, according to the auteur's brand new liner notes, the aforementioned morose sepulchral-voiced SOB, i.e. Leonard Cohen himself, was in attendance at the sessions of "Hello Moscow," my favorite among several previously unreleased tracks that didn't make the original cut.

An essential purchase, obviously; for more info on all things Brute-ish, check out the official website at brutesforce.com.
Posted by steve simels at 12:14 AM

When you think of all the incredible work John Simon produced (Brute Force possibly excepted), you realize that he's as integral to the 60s as Phil Spector, Brian Wilson or George Martin. And yet, I can't even picture his face, and don't even know if he's still alive.

I believe he is still alive.

Faze: I had that exact reaction to reading today's post.

You can also get "The King of Fuh" on the recently released Apple single CD anthology "Come and Get It."

Whatever kept Stephen Friedland out of the big time, you can't blame his religion.