So as attentive readers are aware, my big project for 2020 (and part of 2021) was putting together an homage to the Byrds by my old band the Floor Models. Which was a lot of work, but also one of the most gratifying creative chores of my life. Plus, as you can imagine, it helped get me thourgh the first year of the pandemic.

What you may not know, and which I had forgotten until fairly recently, was that back in 1989, a Brit indie label released a similar project -- albeit with performers more famous than the Flo Mos, and a largely disimilar song list -- that I in retrospect thought was quite enjoyable.

So here's one of the songs on both albums (and one of my favorites written by the Byrds great Gene Clark) -- us doing the gorgeous "Here Without You," with the help of friend of powerpop Peter Spencer, his son Caleb, and some guy whose name rhymes with Sleeve Nimels on bass.

And here's the Brit version of the same tune, reimagined by Richard Thompson, Clive Gregson and Christine Collister.

If truth be told, I like both of them pretty much in equal measure, but obviously I'm not objective. In any case, enjoy!

Fleeman to Me One More Time

Three more stories about my genius friend Gregory Fleeman, who passed away annoyingly too young earlier this week.

1. After his music career, he became fabulously successful as a screenewriter. Hollywood types will remember him for having written F/X, the terrific 1986 action comedy...

...starring Bryan Brown and Brian Dennehy, and then the subsequent spin-off TV series of the same name.

2. Sometime in the 80s, Greg did a show at the legendary Bottom Line -- still the greatest music club in Manhattan history -- and got a very nice review from The New York Times (I don't recall who wrote it, and I can't seem to find it at the Times archive, which sucks). In any case, the money quote came at the end: "Mr. Fleeman bears watching."

Some weeks later, Greg had an upcoming gig at some other Village club, and he posted a leaflet on lamposts and walls all over the neighborhood. A cartoon of a guy, circled by grizzlies, with the date of the show and the caption "Gregory Fleeman: Bears Watching" -- NY Times."

3. And this one's my favorite. Also true.

The night John Lennon was murdered (12/08/80) I -- like countless other New Yorkers -- wandered around trying to deal with the tragedy and how we felt about it. In any event, I shlepped downt Sixth Avenue from my 13th street apartment and made my way to Folk City, a Village watering hole of mine and sat down at the bar, which was deserted.

Greg drifted in a few minutes later and sat down next to me.

We looked at each other and did not speak.

Then, after a little whil a beat and said "So, Ms. Ono -- other than that, how did you enjoy the recording session?"

Rest in peace, Greg. And have a great weekend, everybody.

As I mentioned yesterday, a genuine genius that I was fortunate enough to know (and occasionally work with) has passed.

I'm reposting something I wrote about him at the Magazine Formerly Known as STEREO REVIEW back in the day, as well as putting up a video clip of his masterpiece, without question the single most brilliantly funny song in the history of recorded music.

And then I'm going home and having a drink and a good cry.

...Fleeman is a young ex-actor with one of the most warped sensibilities likely to be sprung on an unsuspecting public any time soon. His band is a motley collection of aging hippies, refugees from underground S-&-M clubs and punk/jazz fusion players, and his songs are about the funniest I've heard since...oh, since Tonio K. Take "Touching Myself But Thinking of You," which asks the musical slash cosmic question "If we're all one, who needs you?" Or his children's lullabye about the little men who come out when you're asleep ("They massage your heart/and your private parts/and throw parties in your mouth"); his impassioned love song about the Tappan Zee Bridge; a 40s swing tune called "Wisconsin Moon" ("There's too much beer...here!"); not to mention his soon-to-be-immortal production number, "the song, nay metaphor" he calls simply "ShowBiz" (although it's better known to his fans as "Sucking My Way to the Top").

It doesn't get any better, folks.

Gregory Fleeman -- an old pal of mine from our Greenwich Village days in the late 70s/early 80s, who was the most brilliantly funny satirical singer/songwriter it was my privilege to know -- has passed.

I will have more (and hopefully more eloquent things to say about him) tomorrow. In the meantime, this song...about Elvis Presley and Liberace...

...will have to suffice.

So as I started to suggest yesterday...

From a bunch of mixtapes I was making beginning in 2010 (and sending to my pre-blog pals, which is another story)...

...please enjoy the incomparable Terry Reid, from his eponymous 1968 debut album, and "Without Expression."

That's about as gorgeous as it gets. Seriously.

Tales from the Canyon

Friend of PowerPop (and moi) Sal Nunziato turned me onto this track on Friday and I can't stop playing it.

A great song, obviously (The Mamas and the Papas next to last single), and beautifully recreated (BTW, I was previously unfamiliar with Autoliner).

But now I really want to hear somebody update the M&Ps final record, the utterly gorgeous 1968 "Safe in My Garden..."

...which is one of the greatest lost singles of the Sixties.

Hmm. There's a theme for the rest of the week's postings. Get crackin', Steve.

So anyway, good friend of PowerPop (and moi) Sal Nunziato ran something like this over at his invaluable Burning Wood blog the other day, and I thought I would steal the concept with some slight tweaking.

I first heard this on the soundtrack to Knocked Up, a film I don't dislike as much as a lot of people. In any event, I was instantly taken with it, despite the fact I had no idea that it was written and first recorded by the estimable Peter Blegvad.

An utterly gorgeous Richard Thompson song, and one of the rare covers of his stuff that -- IMHO -- surpasses the original.

Our Celtic remake of the great psychedelic Byrds original, and I'm not ashamed to claim that it just might be an improvement over the hit version.

Buddy Holly's original 50s track is, of course, a meisterpiece, but The Beatles remake -- and I think a lot of it is down to George Martin's amazing production -- is clearly an improvement.

5. Sandy Denny and Linda Thompson -- When Will I Be Loved

Quite possibly the greatest female pop vocal duet of all time.

4. Mick Jagger and David Bowie -- Dancing in the Street

Quite possibly the worst male pop vocal duet of all time.

3. The Smithereens -- Girl Don't Tell Me

The Beach Boys classic of course, and the 'Reens do it better. Heard it live at a 'Reens gig in the late 70s, and have been forever jealous

I generally like Cyrus -- her cover of "Jolene" is absolutely transplendent I think -- but god, the above is just awful.

And the number one cover that improves upon a great song is without question...

Posted that yesterday on the sad occasion of her death, but I think it's even more relevant now.

Awrighty then -- what would YOUR choices be?

As I've said here on mumerous occasions, this death shit is really starting to piss me off.

BTW, I've got a really cute personal story about Ronnie -- from back in the late 70s, when she was doing guest appearances on Bruce Springsteen's lawsuit tour -- but unlike that Shawn Colvin anecdote I recounted the other day, you'll really have to get me drunk in person before I share it with you.

Lifestyles of the Vapid and Creepy: 2022 Edition

[I originally posted this back in 2008 at the website of Box Office Magazine, where I happily toiled for two years. I'm posting it here, despite the fact that it has absolutely nothing to do with the music that is the raison d'etre of this here blog, because the Box Office archive site is kind of a pain in the ass to access, and I just love this enough to want it more readily available. Also a) it's going to be in the forthcoming book version of my literary greatest hits and b) for some reason known only to Satan himself, they've actually rebooted the TV show. I mean, sheesh. -- S.S.]

My thoughts on the Sex and the City movie: It's longer than Parsifal and with fewer laughs. 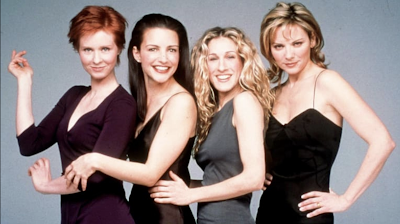 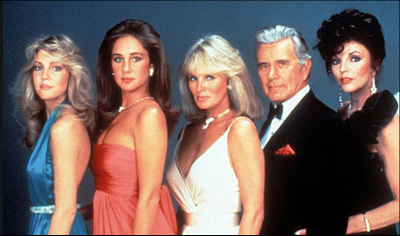 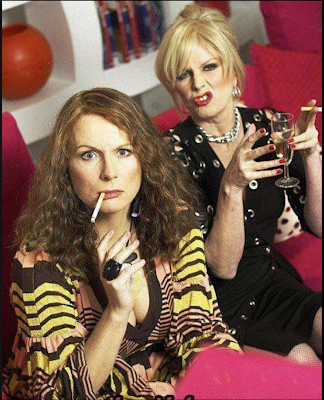 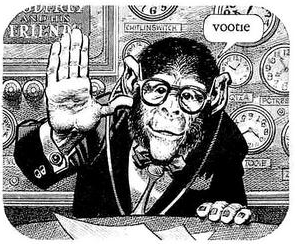 Regular posting resumes on the morrow, assuming I don't freeze to death going across the street for lunch.

Posted by steve simels at 11:33 AM No comments: