Well, it's Friday and you know what that means. Yes, my charming Oriental quivering liver adjuster Fah Lo Suee and I are off to the San Diego, California home of former Massachusetts governor Mitt Romney [R-Genetically Bred to be a Game Show Host]. Along with the Gov, we'll be hosting a rally in protest against this week's overturning of the state's anti-gay marriage Prop 8. Incidentally, an advance copy of Romney's speech reveals that he will be making the point that marriage hasn't changed in 2000 years (except, you know, for that whole Mormon thing). So right on Mitt!! as the kids say.

That being the case, and because posting around here will doubtless be fitful for the next few days, here's a fun little project to help us wile away the hours:

No arbitrary rules whatsoever, you're welcome very much. And although I suspect the theme is going to function as a sort of ink blot, ideologically speaking, let me stipulate that we appreciate hearing from all ends of the political spectrum. Although if you come across as a total dick I'll delete your comment so fast your head will spin. So there.

And my totally top of my head Top Six is...

I was going to pick "Lawyers, Guns and Money" at first, but it struck me as a little too predictable.

Or as I like to refer to it -- "The Official Teabagger Fight Song."

Mostly for the title. Alas, to my knowledge nobody's actually written a song inspired by Lillian Hellman's "Scoundrel Time," which is really what I was looking for. 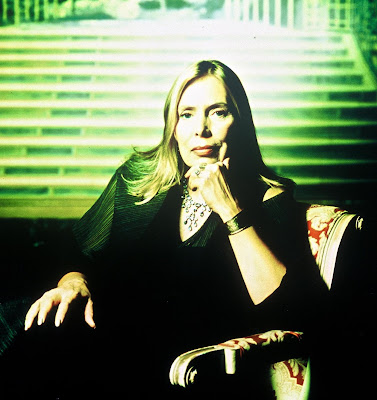 A more or less straight musical setting of Yeats' "The Second Coming," in case you hadn't noticed. "The best lack all conviction, the worst are full of passionate intensity yada yada yada," and rather depressingly apropos in 2010. 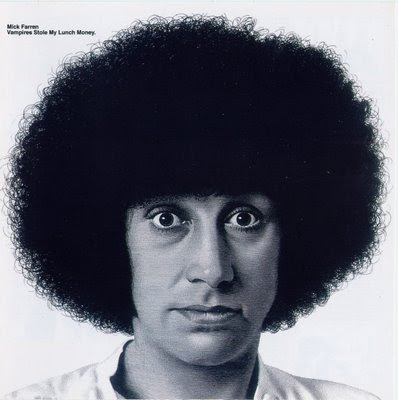 Too bad Farren didn't get around to writing a title song for this one. I mean, really -- the album came out in 1978 and it's like he knew AIG was going to happen.

And the Numero Uno state-of-our-current-union toe tapper (c'mon, it's not even close, so just roll with it) undoubtedly is -- 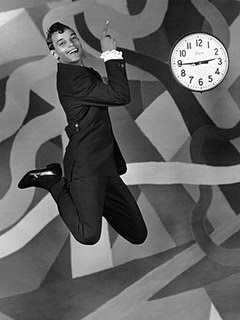 Song written by a guy who goes by the name of The Boss, BTW, which only adds to the irony.

[Shameless Blogwhore: My parallel Cinema Listomania -- theme: best or most evocative film titles, exploitation flick or otherwise -- is now up over at Box Office. As always, if you could see your way to going over there and leaving a comment, it would convince management to foot the bill for my upcoming (third annual) trip to Dayton Ohio, France. Thanks!]
Posted by steve simels at 12:01 AM

The Contours, with help from the Nicholas Brothers: http://www.youtube.com/watch?v=r8ioa_7axug

The Jam covered it, too.

and also did "Going Underground". The line about 'braying sheep on my TV screen' is still pretty spot-on.

But end with:
Hüsker Dü - "Makes No Sense At All", from Flip Your Wig. Which pretty much encapsulates everything.

Frank Zappa - Ain't Got No Shoes

"Hell In A Bucket" by the Grateful Dead just for the line, "We may be goin' to hell in a bucket, babe/but at least I'm enjoyin' the ride."

And if you want to get really heavy-handed, "When In Rome," by the late great Phil Ochs.

Country At War by X.

If I were as gloomy as you guys, I'd say Til the Day After by Emitt Rhodes, which begins "Oh no, they never learn". But really, Time Will Show the Wiser (Merry Go Round). For my part, "I get all the news I need on the weather report ..."

Elvis Costello's version of "What's So Funny About Peace, Love and Understanding?"

Pardon the sidebar but -- Hey, Cleveland Bob ... were you singing in front of Johnny's Downtown on West 6th last Monday night? Nice band!

I'd have to pick Zevon's "My Shit's Fucked Up".

That Zevon really was a phrasemaker, wasn't he.
:-)

For the unemployed waiting for the Dems to beat down the Repub filibuster-
The Thamesmen: Gimme Some Money

For the soon to be unemployed-
The Kinks: Massive Reductions

For the idiots last winter who said the snowstorms in DC were proof Climate Change is a hoax, and for the losers in the Prop 8 trial-
The Tom Robinson Band: Long Hot Summer

For Wall St-
Harry Nilsson: You're Breaking My Heart

For Obama as he dithers about in Iraq and Afghanistan-
Phil Ochs: The War Is Over

For the rest of us -
Lou Reed: I Can't Stand It

But only in the Red Rockers version.
http://www.youtube.com/watch?v=GbNh9-7hYtg

The Thamesmen: Gimme Some Money

When the guys did their Spinal Tap Unplugged show in NYC, Elvis Costello sang lead on Gimme Some Money.

It was a perfect song for him, he should add it to his shows!

Elvis offered to drum for us the next time there's a tragic gardening accident or spontaneous human combustion, but he auditioned and it turned out he's not even as good as Eric "Stumpy Joe" Childs.

Mick Farren has the best 'fro since Marsha Hunt! Yow!

I guess the Temp's "Ball of Confusion" will still work.

That Steppenwolf tune was a boss pick. Those guys could really write a protest song, you know? None of this weepy, whiny shit.

Remember if you plan to stay
Those who give can take away.
Don't bite the hand that feeds you

"Your Flag Decal Won't Get You Into Heaven Any More"-- John Prine (nicely covered recently by the Red Stick Ramblers).

(I can't get no) Satisfaction.

How Can A Poor Man Stand Such Times As These by (take your pick) Bruce Springsteen, Ry Cooder, New Lost City Ramblers, etc. - AP

I'd like to dedicate my choice to the "greatest deliberative body in the world" with a special nod to Arizona's senior Senator. Bob Dylan - Postively 4th Street.

And for our "indispensible" Fourth Estate, if you'll forgive the dorky reference, but Dirty Laundry comes to mind.