Let Us Now Praise (Should Be) Famous Men

From a 2003 tribute to The Who, please enjoy the incomparable Jim Basnight and an absolutely wonderful cover of "I Can See For Miles."

I bring all this up because Jim... 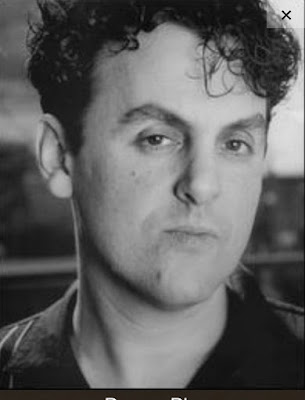 ...is a genuine power pop legend who, if there was some sort of viable Supreme Being, would be a household word.

If you've never heard of him, here's the short version: Among other things, he's been the front man of two absolutely fabulous and influential New Wave/power pop bands called, respectively, The Moberlys and then The Rockinghams.

In any event, Jim has a new album out called, appropriately enough, Not Changing.

And here's "You Never Cease to Amaze." At the moment, my favorite track.

And which, I think we can agree, puts a modified version of the "Sweet Jane" chord changes through an interesting blender involving grown up romantic concerns. And also rocks like a mofo.

In any case, you can download the whole thing over at Amazon HERE.

Do it now, you dumb slackers. What are you waiting for?

And have a great weekend, everybody!!!
Posted by steve simels at 8:53 AM

I approached "I Can See For Miles" with a boatload of skepticism, and was surprised at how close to the original it is. At low volume across the room it could pass for the Who. That in itself is an accomplishment.

"Never Cease To Amaze" reminds me of Big Star, without the passion. Sounds like it was recorded at home with canned drums.

The Who cover is outstanding.

For the 2nd tune, I get a bit of a Smithereens vibe. It is nice also, too.

I have "The Who Sell Out" on vinyl.

Thanks for the nice review Steve. If you go to YouTube and do a search for "Jim Basnight 2018", you'll get seven clips of other songs from "Not Changing". Thanks also Steve for recognizing, "You Never Cease to Amaze", I really appreciate that. It's not one of the songs most often focused upon, but a real sentimental favorite of mine, as it is inspired by my now 17-year old kid.