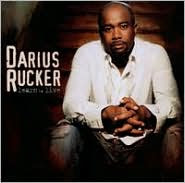 Over at the New York Times today, Jon Caramanica -- who has replaced the departed Kelefa Sanneh as the World's Most Irksome Rock Critic -- has this to say to say about the new solo album by a certain 90s annoyance:

No pop star has ever needed rescuing from his reputation more than Darius Rucker, frontman of Hootie & the Blowfish, perhaps the least consequential successful band ever [emphasis mine].

Apparently, this nit has never heard of REO Speedwagon. Or Grand Funk Railroad. Or...I could go on, but you get my point.

Sheesh. Where does the Times find these guys? And why does their pop music coverage continue to fellate canines, especially compared with, say, the terrific work done by the likes of A.O. Scott in the film department?
Posted by steve simels at 8:22 AM

While in Charleston, I worked with a guy who was pretty familiar with the Columbia music scene and knew the Blowfish as passing acquaintances. According to him they were just as flabbergasted by their success as their critics were.

REO Speedwagon, absolutely, but I'd argue that Grand Funk Railroad was slightly more significant than that.

Supertramp, Huey Lewis & the News, Air Supply, and Kool and the Gang, are all worthy contenders to the crown, however.

Was there a school of Grand Funk? Can you point to a band obviously influenced by Grand Funk?

You've haven't lived until you've downed a few MGDs and rode the storm out with REO. Those hombres can rock!

I actually interviewed REO at the height of their celebrity.

Backstage after a concert in Nashville.

I was channeling Jim Anchowerfrom the Onion.

Shoulda known. Sorry to be so obtuse...

All the turds I have seen writing over there are writing about themselves. They write to look like a writer, not to inform, and certainly not in service to the music.

The great ones who do what you do are writers, for sure, but you guys are music lovers first. Music lovers like us think about music, we obsess about it, we want to understand and pass on the thrill.

The guys at the less and less relevent Times just want to write things that they think will be seen as hip or cool. It is the review as thinly veiled biography. And it is BORING!

Bad as GF may be, I still think this is a great song.

We can argue Grand Funk (who I think made some entertaining records toward the end), but they left absolutely no mark on American music despite their success.

They did not add anything to the gene pool is what I'm saying.

Re Simels & the whole vast PowerPop blog conspiracy on the one hand and the NYT on the other ... what Trey said.

Also, re Grand Funk Genetic Contributions, GF was one of the first bands to set their amps to 11, weren't they? I mean was any band ever LOUDER? WHAT?? So they had that going for them. And to be honest, if I heard a racket in my garage & upon investigation came upon THIS SCENE, I wouldn't throw them out.

I must confess, I still have affection for "We're An American Band." Produced by Rundgren right?

I must confess, I still have affection for "We're An American Band." Produced by Rundgren right?

Yup. When they became a quartet they actually turned into a pretty decent little pop rock band. The early trio records, however, are absolutely unlistenable....

I have to throw in my two cents for "We're an American Band" --a song that could get my 12-year-old blood going like little else on the Top 40 radio of my youth. And it still delivers the goods: sturdy guitar riffage, a pretty decent rawk vocal--and hey, what about that cowbell? And although I would hesitate to put it on my Things I Like list, the bit about the "chiquitas in Omaha" has a nice ring to it. But REO? They sucked. Except I can kind of get into "Ridin' The Storm Out" when I've huffed enough gas.

2 - With rare exceptions the NYT has always fumbled the ball when it comes to R&R.

3 - I can tell you folks that Simels speaks from experience when he dumps on Grand Funk. In 1970 Simels & I and a bunch of other loons witnessed Grand Funk headline over the Kinks and Mott the Hoople. After those opening acts Grand Funk truly became the meaning for the word "blows!"

That could be a listomania unto itself -- all the unworthy bands that headlined over the Kinks. I saw Hall and Oates headline over the Kinks in 73 or 74. I'm not saying Hall & Oates SUCKED, but come on -- and the Kinks played to a half-full auditorium with the H&O crowd mostly only showing up for their guys later.

But re GF again, an additional factor contributing to your 1970 concert experience may have been that you weren't 14 years old and full of Boones Farm as Jim Anchower & I generally were in that year of yore.

And Simels, as much as I hate to bring the hammer down, Lenny Kaye, a guy you would never besmirch, was and is a huge GF fan, and you can look it up.

David said...
And Simels, as much as I hate to bring the hammer down, Lenny Kaye, a guy you would never besmirch, was and is a huge GF fan, and you can look it up


Oh, I'm sure, but I'm pretty sure it was the later stuff. Which I like too.

The only critic I can remember who could even stand the early stuff was Metal Mike Saunders, and he was the guy who famously said that the Count 5 were better than the Yardbirds because they were one more stage removed from the blues.

My boss, who's about 53 or 54, has the guitar intro to "I'm Your Captain" or whatever it's called as the ringtone on his cell. It took me a while to figure out what it was the first time I heard it.

And despite the nay-saying, I could never work up any kind of Hootie-hate. They were an unpretentious bunch of guys working on what was basically an American style of pub-rock when they hit the lottery. I didn't care for them very much, but I didn't find them annoying, either, and they never grated the way that, say, Huey Lewis did in the previous decade.

C'mon. The bare-chested guitar of Mark Farner? The bonging base of Mel Schacher? The competent drumming of Don Brewer?

How about some Funk-love, peoples?

Grand Funk was an influence on the business end of rock, demonstrating the profit potential of big dumb simple arena rock (not that there's anything wrong with that). It's analogous what happened to FM radio later in the decade, when Lee Abrams came along with dollar-signs in his eyes and destroyed a beautiful thing.

The original Grand Funk live album is awesome in its boneheadedness. Four sides of big dumb. I don't ever want to hear it again, but I love it.