Well, it's Friday and you know what that means. Yes, my Oriental fille de woohoo! Fah Lo Suee and I are heading off to [insert your own vaguely smutty and/or political joke here -- it's been a tiring week and I'm frankly out of gas].

Most Memorable Post-Elvis Record Referencing One of the Deadly Sins in Either Its Title or Lyrics!!!

Okay, just so you don't have to look them up -- said sins are Pride, Envy, Gluttony, Lust, Anger, Greed and Sloth.

I think I've probably mentioned this somewhere down the line, but one of my great regrets in life is that I never had seven kids so that I could name one after each of them. I think "Sloth Simels" really has a ring to it, don't you?

In any case, my totally top of my head Top Five is: 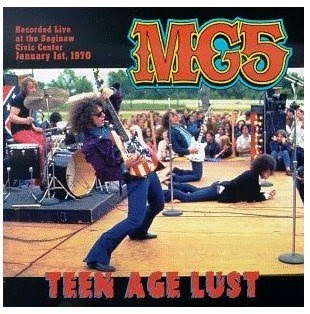 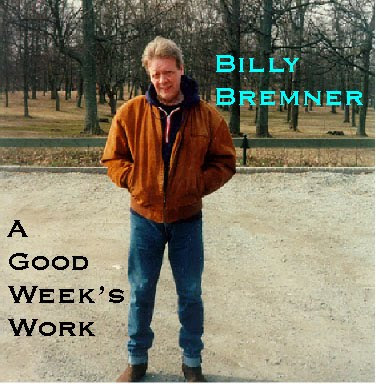 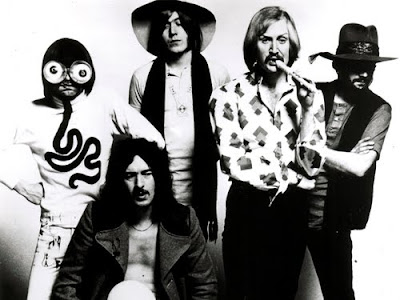 Anger + envy + lust = jealousy, which of course is what the song is about. The Bonzos version is the definitive one, of course, and included mostly for that priceless monologue in the middle. "If you have been deceiving me...well, it's a neat bit of jiggery-pokery." 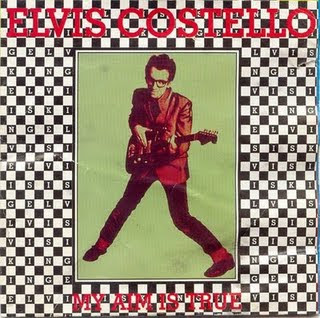 Uh...yes, he was, actually. Pissed as hell, actually.

And the numero uno ode to les septs classical no-nos quite obviously is...

For fairly obvious reasons, I think.

[Shameless Blogwhore: My parallel Cinema Listomania -- theme: scariest or most disturbing movie ostensibly aimed at kids -- is now up over at Box Office. As always, if you could see your way to going over there and leaving a snark-filled comment, it would get me in good with management and thus facilitate an upcoming trip to Paris in the company of a certain shady dame. Thanks!]
Posted by steve simels at 12:02 AM

PS Just got back from seeing Lucinda Williams up in Poughkeepsie tonight. She is most definitely one of rock & roll's seven deadly sinners. She was incredible.

A short set of sins -

The Ramones - "Swallow My Pride" (Oh Yeah!) from Leave Home

They Might Be Giants - "Lazyhead and Sleepybones" from No!
No direct reference for Sloth, but sorta close.

Randy Newman -"Davy the Fat Boy" from his first. Again, not directly Gluttony, but close.

The Go-Go's - "Lust to Love" from Beauty and the Beat. Not my favorite tune off of that album, but a direct fit for the Listomania.

Finally, another take on one of Steve's suggestions, by one of my faves:

Liz Phair - "Jealousy" from Whip-Smart.
"Just putting your body wherever it seemed like a good idea..."

However, I'm afraid the video falls into the too-large category of "What were they thinking?"

Pride: Carly Simon - You're so Vain

Quickly: Warren Zevon's Mr. Bad Example, from the album of the same name catalogues them all.

Look Back in Anger - DAVID BOWIE

Just to prove I know some music later than 1978:

And may I just add:

Randy Newman: It's Money That I Love.

Marianne Faithful - Why'd Ya Do It (Anger? Lust? You tell me.)

Part 2 (couldn't post this all at once for some reason...)

No one's brought up "Savoy Truffle"?

BTW -- Just in case anybody's wondering, I tried without success to come up with a Smashing Pumpkins song.

Special Mention to Nick Lowe for the Album Title:
Labour of Lust

Some of us are looking at the stars.

Gloria -- Van Morrison & Them; The Shadows of Knight; Joe Strummer & the 101ers, etc. etc. & those are just the covers I own & love. There may be Lust songs that can equal this gem but none that can top it, he says although as always he could be wrong.

Pride of Man -- one of the great concise guitar solos in all of rock n roll. And the song is written by Hamilton Camp, who later turned up as an actor on the Mary Tyler Moore Show, among other places.

Somewhere I have a folk album by Hamilton Camp and someone else. Later he changed his name to Hamilton Hamid Camp. Which was somehow religion related which may or may not have something to do with the religious overtones of Pride of Man. Lots of great character roles in the 70's and 80's.

And another song to add to the list:
Hey Jealosy by the Gin Blossoms

Joe Jackson: Is She Really Going Out With Him?

Jealousy, turning saints into the sea
Swimming through sick lullabies
Choking on your alibis
But it's just the price I pay
Destiny is calling me
Open up my eager eyes
'Cause I'm Mr Brightside

The party's over and everybody's gone home, but:

yes, late to the party but the stormin' "It's My Pride" by the Guess Who, released sometime between "Shakin' All Over" and "These Eyes"