Have I mentioned that this death shit is really starting to piss me off? 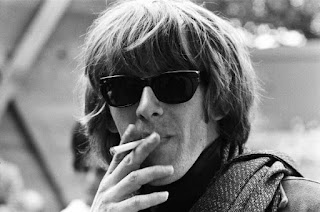 That said, Starship were so incredibly godawful -- and I mean GODAWFUL, as in the most unconscionable sell-out in the history of rock-and-roll -- that people, ncluding me, tend to forget just how incredibly fucking awesome Jefferson Airplane were.

If you never saw them live, you'll have to trust me, but on a good night they were the greatest band in the world.

This one was recorded on a very good night.

I should also add that even near the end, they had their moments. If only for their attitude. I mean -- fuck you, we do what we want? It doesn't get any better than that, my friends.

Have I mentioned that this death shit is really starting to piss me off?
Posted by steve simels at 8:23 AM

Always loved the Airplane, Hot Tuna also. My favorite tune was the last one on "Long John Silver", "Eat Starch Mom". Jorma tears the hell out of his guitar on that one.

I agree with you on this death crap.

I interviewed them before RED OCTOPUS came out. Actually got to hang in the studio while they were mixing "Miracles."

"We Built This City" is my least favorite song of all time. Paul Kanter is not responsible for writing it. It took four, count'em, FOUR writers, Bernie Taupin, Martin Page, Dennis Lambert, and Peter Wolf to come up with it.

Considering the average age of these recently departed rock stars, it's going to be a pretty busy year for obituary writers.

I will agree that Starship albums sucked (the non-Jefferson Starship ones) -- because Paul was not on them!

But Kantner's songs on all JS albums -- were always the highlights for me.

This death pisses me off more than most (but he'd been ill for a while, so it ended up not being a surprise...)

Kantner and the Airplane's five albums from 1967 to 1969 (AFTER BATHING AT BAXTER'S, SURREALISTIC PILLOW, CROWN OF CREATION, BLESS ITS POINTED LITTLE HEAD, and culminating with the remarkable VOLUNTEERS) is one of the best five-in-a-row albums by any single band ever. And for a brief period of time in late 1969, and following Woodstock, VOLUNTEERS, with its confrontational (or revolutionary, if you were naive) lyrics, and on a major label (RCA), affirmed for some that rock music was as much a cultural force as it was a commercial one. I regret never seeing the band in its heyday.

You can't imagine how great JA were live. Even their best live tapes don't do them justice -- they had the hugest fucking sound I've ever heard (and Kantner's Rick 12 was most of the reason).

Just an astoundingly great band; they were inconsistent, like most of the San Francisco groups, but when they were on....

I have to double up on what Steve says about Kantner on the 12 string Rickenbacher. PK was the perfect compliment to what R&R craziness was going on around him created by Jorma, Jack & Spencer.

Just listen to the live recordings, the band sounds twice as strong when you can hear his guitar ringing through in the mix. The JA were magical and Paul was one of it's great magicians!

Yeah, I was a bit of an Airplane fanatic back in the day and, as Mark points out, that string of albums from Pillow to Volunteers is pretty jaw dropping. After living and breathing Baxter's for about a year I remember sitting down and just focusing on the Ric 12 string and it changed my perspective completely. Didn't get attached to much post-Volunteers but it sure was a great ride up until there was too much internal discord (and too much sci-fi).

Steve,
As you yourself pointed out way back in 1975 in the actual piece you did on the RED OCTOPUS sessions, Paul was also part of that distinctive Jefferson Airplane vocal sound that, to paraphrase your words, wasn't quite harmonies yet wasn't quite three separate leads, either. Sorry to hear of Mr. Kantner's passing; God, this has been a crap month for major music personalities going...

Steve, your superlatives are spot-on. They were the very best.

P.K. was the least sexy member of the band, IMO. But, as a Junior High tripper, I loved Baxter's. Still do. Paul shot most of his wad on that one. I suppose many would agree on the Airplane album run up through Volunteers being IT. Then Spencer left, then Marty. Not the same ever since.

His later stuff was inferior and too sci-fi, UFO obsessed.

Met him once in the mid 1990's. I wish I didn't. He was a creep that day. Long story. Met him quite by accident as I was trading some Patti Smith tapes with one of his handlers.

Saw 'em high and low. They did a bunch of So Cal gigs with The Doors when both bands were breaking big time. They weren't that psychedelic at that point. They played the Swing in Berdoo a bunch of times and I never missed a show. Hollywood Bowl was only a third full when they played with The Dead in 1967. They were evolving a lot then.

Last time I saw the real Airplane was in mid-1970. Marty was still there, but Spencer was gone. It wasn't their best show. I think they were hottest live in 1968-1969. But Thirty Seconds has it's moments.

The bad gigs were when the Tuna guys couldn't mesh properly with Paul. It happens. Lord knows what they were consuming before shows. Sometimes they really clicked, though, and it was fucking transcendent.

VR - One time I saw them with Spirit. Spirit, the opener, and also a hit-or-miss band live, blew the Airplane off the stage that night. Great music and memories.

Oh, and one more thing:

I saw them at their first appearance in NYC, at the Cafe Au Go Go. They were more folk-rock than psych, but devastatingly good.

I have a soundboard tape of the show somewhere -- I'll try and put something up from it next week.

You might want to rethink one particular "Starship" album - Blows Against The Empire.
rob

Absolutely agree with Rob. I've been using massive YouTube bandwidth since Kantner passed. I queued up 'Blows Against the Empire' which I have not heard perhaps in decades. Maybe it is because I had it playing on low volume and I could not hear much of the sci-fi lyrics, but damn there is some really fine music on there and I must revisit immediately.

And 'Wild Tyme' from 'Baxter's'...earworm for about a week now...the bridge in that song absolutely *rocks*.