It's Floor Models Week: Part I -- Outtakes of the Gods

So here's a track that we considered using to close the new album (Esprit De Floor, available at Amazon, iTunes, Spotify, CDBaby et al in both digital and CD form)... 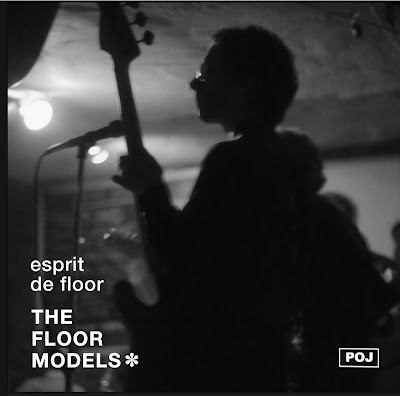 Live on WBAI-FM sometime in the early 80s.

The song, I think, is a real hoot; in the early days of the band, we did a sort of Talking Heads/Devo version of it on-stage, but we ultimately dropped it because it was, stylistically, just too jarringly different from all the other stuff we were doing.

Tomorrow: Cahiers du Cinema.
Posted by steve simels at 8:40 AM

I can't get the track to play.

No it's playing! I'm so confused!

The Box is weird lately.

If anybody else can't play it, let me know and I'll send you the mp3.