Back in the dim dark past (by which I mean the Hyborian Age, when Conan the Barbarian actually walked the earth) I got a gig (life-changing, as it turned out) as the rock critic at my college paper. I got it not out of any special qualifications, of which I had none; in fact, if truth be told, the reason I got it was that nobody else had bothered to ask for the job. I, on the other hand, had correctly reasoned that the major record labels were then in the process of dispensing vast largesse on anybody with a byline, and thus -- dreams of free LPs dancing in my head -- I petitioned the powers that be (who were doing massive quantities of drugs, if memory serves) and was given a weekly column to do with as I pleasd.

Anyway, sometime in the spring of 1970 I received a large package from Warner Bros./Reprise Records. I don't recall everything that was in it -- I'm thinking an early T-Rex album, although I can't be sure -- but one album in particular stood out -- No BS, by a then unknown Detroit band called Brownsville Station. And by stood out, I mean the cover really, really sucked. Like, it was, perhaps, The Worst Album Cover of All Time. 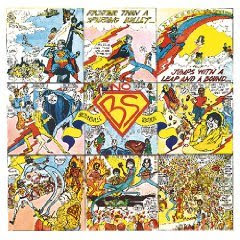 I mean, really, embarassingly, horrendously bad. So bad, in fact, that I didn't bother to sell it, as was my wont with LPs I knew I was never going to listen to, but rather kept it around, still shrink-wrapped, as a cautionary exemplar of hideousness. (I later learned that before WB picked No BS for distribution, it had been a D.I.Y. effort self-released on the band's own label, mostly to sell at gigs, which in some ways excused the cover's awful amateurism. But still, I thought -- dudes, you're on a major label now; hire somebody who can actually draw.)

Anyway, like I said, the album -- which I showed, with much guffawing, to everybody I knew for a few weeks -- eventually went into my collection in the milk crate with the rest of the Bs (I was one of those geeks who alphabetized his albums) and I got on with my life.

Cut to: a party in early 1973. I found myself chatting with an absolutely adorable young woman (bangs, long dark hair, and I was a goner) who as it turned out had grown up in Detroit and knew everybody in the rock music community there. She told me some amazing stories -- she had painted Bob Seger's psychedelic van at age 13 -- and she thought I was fairly cool because I knew who (local Detroit faves) The Rationals were. After many drinks, we adjourned to a local Greenwich Village watering hole (it was run by legendary Max's Kansas City restauranteur Mickey Ruskin, who she knew, impressing me mightily) and I preceeded to fall completely head over heels. And then -- around midnight, I recall -- she mentioned that she really wanted to do album covers when she got out of art school. I asked if she'd ever done one, and, somewhat ruefully, she mentioned Brownsville Station.

Yup -- the object of my affections was the woman behind The Worst Album Cover of All Time. And in in case you're wondering if I told her I knew it, let alone that I though it was TWACOAT, I'm going to assume you know absolutely nothing about guys.

Anyway, the story has a sort of happy ending. The woman in question and I went on to have a long and mostly happy run as the Nick and Nora Charles of 70s Manhattan, and we're still friends to this day. Carol (that's her name) went on to do some much better album covers -- you might remember this one -- 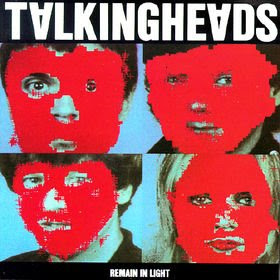 -- and eventually achieved, deservedly, lasting fame when she co-founded the hugely influential design firm M&Co, whose wristwatch is one of the most iconic images of the last several decades.

Incidentally, a few years after we met, I interviewed the guys in Brownsville Station, who were then riding high on their hit "Smoking in the Boys Room." All went well until I mentioned that I was living with the woman who had done their first album cover, at which point I was nearly ejected from their hotel room. When I asked what was wrong, band leader Cub Koda would only say "Shit, man...that's the worst album cover of all time."
Posted by steve simels at 10:56 AM

what a lovely story -
there are far worse albums cover around --- ORLEANS , "WALKING AND DREAMING" - and NELSON , "BECAUSE THEY CAN"

I that Nelson album the one where they're done up like weimeraners? Photographed by William Wegman?

Fantastic story, Steve. But is the BS album cover any worse than the Toe Fat covers?

And, of course, I own that very watch.

Coincidence? I think not.

Thanks for writing such a wonderful piece about your past.

But hey, if you're going to have a bad album cover, it might as well be The Worst Cover of All Time.

Well, as ROT(Plumber) & everyone else lucky enough to read this has already noted, this is just genuinely first-rate stuff: stellar writing & a gem of a story.

So she also did the sleeve for those three Byrne songs from "Catherine Wheel"?

She never DID learn to draw, did she?

I will still be laughing tomorrow.

Thats one of those stories that becomes better after the facts.

Neat story, Steve. I always alphabetized my records also. Too. Cub Koda has written quite a few pieces for the allmusic guide.