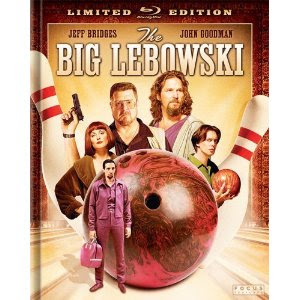 Video Event of the Week: Might IFC's DVD of Super, with Rainn Wilson as a superhero trying to win back unfaithful Liv Tyler, by any chance be what we're talking about? Might Universal's Blu-ray of Paul, the sci-fi spoof with Seth Rogen as the voice of a C.G.I. alien, conceivably get the nod? Or is it remotely possible that Twilight Times' deluxe newly remastered disc versions of The Egyptian, the widescreen 1954 spectacle starring Edmund Purdom as the son of a cheesemaker (seriously -- he's referred to that way on several occasions) could actually be The One(s)?

All worthy, to be sure, especially that last (seriously -- it's a hoot), but for my money, it simply has to be Universal's deluxe new Blu-ray version of perhaps the greatest work of art in all of human endeavor, the Coen Brothers 1998 The Big Lebowski.

About the film itself, there is very little left to say except that it's still the most outrageously deadpan funny thing the Coens have ever done -- a sort of Raymond Chandler in a cannabis haze detective story in which L.A. figures as a character and the meaning of life can be found in a bowling alley. More to the point, there is dialogue in here that I would have absolutely killed to have written; I'm not sure on a day to day basis whether or not "Nihilists! Fuck me. I mean, say what you like about the tenets of National Socialism, Dude, at least it's an ethos" is the most hilarious line in screen history (I'm also partial to the Dude's curt dismissal of Metallica, for whom he roadied in the 80s, as a "bunch of assholes"). But whichever joke is your favorite, there's no doubt that in The Dude, the Coens created perhaps the most original American comic character since John Kennedy Toole's Ignatius J. Reilly in A Confederacy of Dunces. Part stoner, part surfer, part schlemiehl, the Dude is a walking Zen koan, and Jeff Bridges shambling performance is a marvel of understated slapstick timing. And the rest of the characters, as brought to life by John Goodman, Steve Buscemi, John Turturro and Julianne Moore (among others) are all almost equally memorable.

Here -- have a look at a recent cast reunion staged in honor of the new Blu-ray.

I should add that although the film has been upped to Blu-ray high def for this new edition, on a strictly technical level what's here differs only incrementally from the previous DVD versions. That said, the limited edition packaging is amusing (an interview with the actual L.A. indie film producer the Coens based the Dude on), plus there are a bunch of de rigeur (and generally interesting) making-of docs along with the new transfer. The real selling point, of course, is the digital copy deal; you can download TBL to your computer or the hand-held device of your choice, at least until the code expires at the end of December.

In any case, you can -- and if you're Blu-ray capable, probably should -- order the new Lebowski package over at Amazon here.

And with that out of the way, and because things will doubtless be a little torpid around here for a couple of days, here's a fun and clearly relevant little project to occupy us during the traditional downtime:

Not So Well Known Film That Most Deserves to Have a Cult Following But For Some Strange Reason Doesn't!!!

On the run cat burglar Denis Leary takes suburban couple Kevin Spacey and Judy Davis hostage; unfortunately, they hate each other more than life itself. Absolutely hilarious black Christmas comedy, sort of like It's a Wonderful Life meets No Exit. Inspirational dialogue: "Great, I hijacked my fucking parents." 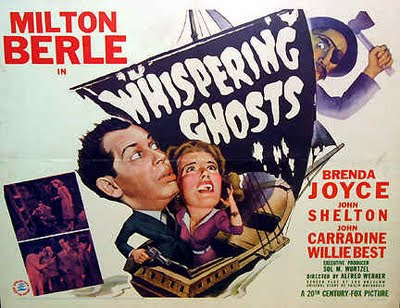 A scary, atmospheric (in the Universal horror sense) and very very funny old dark house comedy of the sort they really don't make anymore. Uncle Miltie's a riot, but John Carradine steals it as a guy who does animal impressions for no apparent reason. 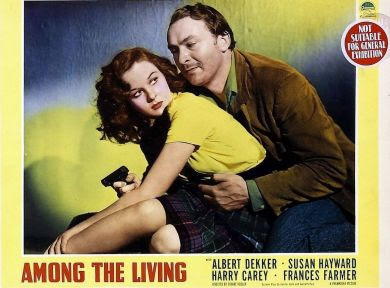 I've flogged this one before, but it remains an absolutely astounding B-thriller, with an almost Lang-ian visual flair and an amazing performance by Albert Dekker as good and bad twins separated at birth. Plus Frances Farmer and the young and va-va-voom Susan Hayward. It's never been on home video, for whatever reason, but you can watch it in its entirety over here.

Romans versus Goths, with outrageous fight scenes, a twist ending you probably won't see coming and Colin Firth in a skirt; essentially it's the biggest budget episode of Xena, Warrior Princess that never got made. Vastly entertaining hokum, and why it's disappeared down the memory hole is beyond me.

And the Numero Uno Should-Have-Been-An-Underground-Sensation flick of them all simply has to be...

A burn-out private eye (Robert Culp) and his thoroughly bummed-out partner (Bill Cosby) make their last stand via a great script by Walter Hill, and it sank without a trace when it was released theatrically. Vastly darker and more cynical than I Spy, but the Culp/Cosby chemistry is, if anything, even more palpable. There's a new DVD version coming in a few weeks; hopefully, somebody out there will notice what a terrific little movie this is.

Screamingly funny with a great original score of 70s(ish) glam rock. That this movie isn't widely known and loved blows me away (pun intended).

Songwriter - Rip Torn as a sleazy alcoholic country-music promoter, in the best of the Willie Nelson/Kris Kristofferson caper flicks. Bud Shrake's dialogue is full of gorgeous redneck surrealism. One example: KK is talking to Willie on the phone from his motel bed, telling Willie about a girl singer he's found. "What's she sound like?" Willie asks him. Kris, looking down at the naked girl snoring on his shoulder, says, "Well, right now she sounds like Hoyt Axton."

When I think of something that doesn't have Rip Torn or country music in it I'll repost.

I've never understood the hate for Altman's Popeye -- a unique movie and that rarity, a modern original movie musical with a great Nilsson score, it has a look all its own and attempts (and I think mostly succeeds) to capture the look and feel of the original and very weird Popeye comic strip (as opposed to the Fleischer cartoons, which are much more mainstream).

For bad movie fans, Ray Dennis Steckler is well know for Mixed Up Zombies, and Arch Halls Sr. and Jr. for Eegah; but fewer people seem to know their collaboration, Wild Guitar, an incredibly lame but enjoyable "expose" of the teen pop star-making machinery, starring Hall Jr. as the star-wannabe, Hall Sr. as the cynical manipulative starmaker and Steckler as the sidekick/bodyguard/heavy (yes, you read that right, scrawny balding Ray Dennis Steckler as the heavy). Written by Hall Sr. and directed by Steckler, this is a meeting of "B" movie greats that is too often overlooked.

A note: The good and bad twins in AMONG THE LIVING are not separated at birth; the good twin is told the bad one died accidentally in late adolescence.

Billy Naylor's "The American Astronaut". I pimp this to all my weird-flick-loving friends. It's a fucking work of genius.

I'm rather partial to Jock Mahoney in THE LAND UNKNOWN. Terrific black and white sci-fi from the 50s, about some people marooned in a lost world with very cool mechanical dinosaurs.

And Henry Brandon, from "March of the Wooden Soldiers," is the crazy bad guy.

"Wise Blood" -- Very deserving of cult status. I IMDB'ed the cast to refamliarize myself (I could only remember Brad Dourif) and the cast was more stellar than I remember.

Also "River's Edge," one of the most profoundly bummer movies ever.

At one point I thought that "Buckaroo Banzai" might make it all the way to cult-movie status, but it slowly fell off the radar. A shame; it's quite entertaining, and it's a kick to think that Peter Weller is now a degreed professor of history.

And, as a huge Raymond Chandler fan as well as a big Coen Brothers fan, I'm tickled to see you give The Big Lebowski the Listomania place of honor. As a Californian, though, one of my favorite lines is the "they make great burgers!" praise of In-N-Out; truer words were never spoken.

The guy who directed that has done mostly TV ever since, starting with TWIN PEAKS.

One of those guys like Steve De Jarnatt ("Miracle Mile") who seems to have been just too talented or too quirky to compete with assholes like Michael Bay.

It was supposed to be a franchise (there's a title card at the end announcing the next one, a la James Bond).

The film's lack of commercial success did not allow the followup to actually be made, of course.


But I'd stipulate that BB actually IS a cult film, at this point....