[I first posted this back in 2008; I'm reposting it today because a) I think it's really quite funny, and b) because it's suddenly relevant again, for reasons that will become clear in the postscript to the original piece. Enjoy, please. -- S.S.]

Back in the dim dark past (by which I mean the Hyborian Age, when Conan the Barbarian actually walked the earth) I got a gig (life-changing, as it turned out) as the rock critic at my college paper. I got it not out of any special qualifications, of which I had none; in fact, if truth be told, the reason I got it was that nobody else had bothered to ask for the job. I, on the other hand, had correctly reasoned that the major record labels were then in the process of dispensing vast largesse on anybody with a byline, and thus -- dreams of free LPs dancing in my head -- I petitioned the powers that be (who were doing massive quantities of drugs, if memory serves) and was given a weekly column to do with as I pleased.

Anyway, sometime in the spring of 1970 I received a large package from Warner Bros./Reprise Records. I don't recall everything that was in it -- I'm thinking an early T-Rex album, although I can't be sure -- but one album in particular stood out -- No BS, by a then unknown Detroit band called Brownsville Station. And by stood out, I mean the cover really, really sucked. Like, it was, perhaps, The Worst Album Cover of All Time. 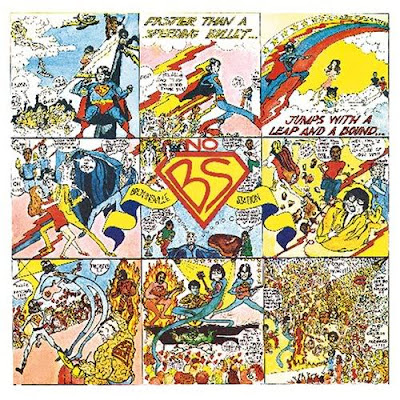 I mean, really, embarrassingly, horrendously bad. So bad, in fact, that I didn't bother to sell it, as was my wont with LPs I knew I was never going to listen to, but rather kept it around, still shrink-wrapped, as a cautionary exemplar of hideousness. (I later learned that before WB picked up No BS for distribution, it had been a D.I.Y. effort self-released on the band's own label, mostly to sell at gigs, which in some ways excused the cover's awful amateurism. But still, I thought -- dudes, you're on a major label now; hire somebody who can actually draw.)

Anyway, like I said, the album -- which I showed, with much guffawing, to everybody I knew for a few weeks -- eventually went into my collection in the milk crate with the rest of the B's (I was one of those geeks who alphabetized his albums) and I got on with my life.

Cut to: a party in early 1973. I found myself chatting with an absolutely adorable young woman (bangs, long dark hair, and I was a goner) who as it turned out had grown up in Detroit and knew everybody in the rock music community there. She told me some amazing stories -- she had painted Bob Seger's psychedelic van at age 13 -- and she thought I was fairly cool because I knew who (local Detroit faves) The Rationals were. After many drinks, we adjourned to a local Greenwich Village watering hole (it was run by legendary Max's Kansas City restauranteur Mickey Ruskin, who she knew, impressing me mightily) and I proceeded to fall completely head over heels. And then -- around midnight, I recall -- she mentioned that she really wanted to do album covers when she got out of art school. I asked if she'd ever done one, and, somewhat ruefully, she mentioned Brownsville Station.

Yup -- the object of my affections was the woman behind The Worst Album Cover of All Time. And in in case you're wondering if I told her I knew it, let alone that I though it was TWACOAT, I'm going to assume you know absolutely nothing about guys.

Anyway, the story has a sort of happy ending. The woman in question and I went on to have a long and mostly happy run as the Nick and Nora Charles of 70s Manhattan, and we're still friends to this day. Carol Bokuniewicz (that's her name) went on to do some much better album covers -- you might remember this one -- 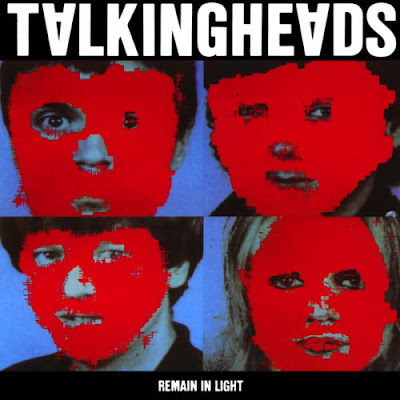 -- and eventually achieved, deservedly, lasting fame when she co-founded the hugely influential design firm M&Co, whose wristwatch is one of the most iconic images of the last several decades.

Incidentally, a few years after we met, I interviewed the guys in Brownsville Station, who were then riding high on their hit "Smoking in the Boys Room." All went well until I mentioned that I was living with the woman who had done their first album cover, at which point I was nearly ejected from their hotel room. When I asked what was wrong, band leader Cub Koda would only say "Shit, man...that's the worst album cover of all time."

As you can tell from the above, I was a fan of the band, both musically and as people (they were seriously nice and seriously funny guys). Drummer Henry Weck has since become a Facebook pal over the course of the last year or so; Cub Koda, who reinvented himself as a really terrific rock historian/critic in the 80s and 90s, went to the Great Jam Session in the Sky in 2000, alas. R.I.P., Cub.

In any case, Henry was kind enough recently to send me a copy of the band's latest CD... 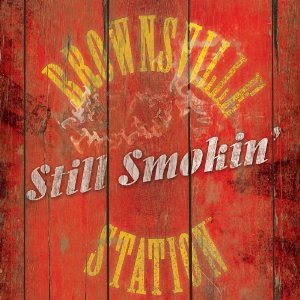 ...recorded with longtime guitarist Michael Lutz and two (relatively) newer guys. And to my quite delighted surprise, it turns out to be an absolutely first-rate piece of straight ahead kick-ass hard rock.

Here's my favorite track -- a blistering metallic assault on "My Friend Jack." [Which is not, as I mistakenly claimed, The Smokes' 1967 psych-pop classic of the same name. That's the one with the "my friend Jack eats sugarlumps" line, while this one is a BS original, and how I confused the two songs I'll never know. In any case, as is my wont, I regret the error. --S.S.] 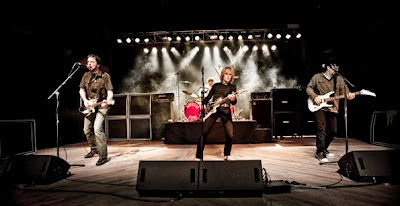 Brownsville previously recorded the song in the late 70s, with Cub; that version was in a sort of Beggars Banquet folk blues style, and quite delightful. But this new one is just great no BS (I can't avoid the phrase) rock (in the manner of Dave Edmunds, particularly on the solos), and thoroughly representative of the rest of the record. I should also add that one of the band's new originals, entitled "Rock and Roll is Better Than Music," thoroughly lives up to its title, as well as being the kind of world class two guitar-bass-and-drums stuff that they really don't make anymore, although they obviously should. Whoever they are, of course.

Great story.
I got a job at my college (SDSU) radio station, where I'd receive stack of records and write a paragraph about each one, singling out any broadcasting possibilities. Since I was the "new guy", I got all the records with the least obvious potential. I was a couple years too late to get That Brownsville Station record. Instead I got terrible Country, and limp Funk and R&B. Except one day, there was an album by a new band named Cheap Trick. The record was labelled Side A and Side 1. I put on whichever kicks off with "Hot Love", thinking it was a T-Rex cover. Holy Shit! I had read in Stereo Review that a record begins to degrade after 8 plays, so anytime I put something on that caught my attention, I'd tape it immediately and wear that out instead. "Hot Love" is very short, but I didn't let it play all the way through before unwrapping a Maxell chrome cassette. My enthusiasm for the record got me a ticket to see them perform at the Starwood, in Hollywood. John Cale was the opener. I still have a Rick Neilsen pick. They totally kicked ass. I was already a Cale fan, and he delivered as well.

That's not a cover of "My Friend Jack." They are similar only in the fact that they share the same title.

Completely different version from the original Brownsville Station album version. I like it.


"What you eatin' there boy, crayons?" -- The Martian Boogie being of my favorite novelty songs

KC: You are of course correct about My Friend Jack, and I have corrected my goof. Can't imagine what I was thinking, to be honest.

Anyway, thanks for the heads up, as embarrassing as it turned out to be.
:-)

You ROCK Steve! Thanks for the GR8 review--and the history lesson on artwork. I had no idea she went on to such greatness!
H-Bomb Weck

Cub Koda was a fantastic writer, his enthusiasm for good music had no bounds. Gone too soon.

I have about 4,000 LPs and Cheap Trick's first still remains in my top ten. As Cub would say, "Whatta rekkid!!"

So, Steve, did you ever tell her you (and BS!) thought it was TWACOAT?

Before you wrote this column, I mean. :)

In all honesty, I'm dunno.

I'm pretty sure we had a huge laugh about it around the time I interviewed Brownsville, but neither of us remember.