Number One Hits in an Alternate Universe (An Occasional Series) 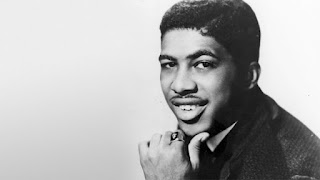 A terrific soulful vocal from Ben E., and a perfectly fine arrangement, but it just doesn't work, and solely because of the gender switch. When Ben E. sings it, he's actually saying "will you still love me, tomorrow, in the romantic sense?", a perfectly conventional sentiment. Unfortunately, the clear point of the song -- as Goffin and King wrote it -- is a teenage gal asking her swain "Will you dump me if I let you boink me tonight, like most of the other early 60s male chauvinist pigs I've let into my pants so far?"

Which was an unprecedented sentiment in a popular song at the time The Shirelles recorded it, and the reason their version was such a smash.

Know what I'm saying, girls?
Posted by steve simels at 8:07 AM


Tonight you're mine completely
You give your love so sweetly
Tonight the light of love is in your eyes
But will you love me tomorrow?

Is this a lasting treasure
Or just a moment's pleasure?
Can I believe the magic of your sighs?
Will you still love me tomorrow?

Tonight with words unspoken
You say that I'm the only one
But will my heart be broken
When the night meets the morning sun?

No question about it.

Yes, exactly! And while we're at it, you could also illustrate the point with Rod Stewart's unforgivable "(You Make Me Feel Like) A Natural Man". Dreadful...just dreadful.

To be fair, by say the early 70s, the cultural context had changed enough that a guy could credibly sing it.

As a traditional romantic ballad, and a gorgeous one at that.

Then there's "Do Right Woman", written by Dan Penn and sung by both Aretha and Gram.

Goffin also penned the lyrics to "He Hit Me (And It Felt Like a Kiss).":-) For a gender bender version check out Grizzly Bear.

That's a truly demented song. I'd like to thing somebody was being ironic, but I just don't think so.

I hear it's about Little Eva. Demented? I dunno. I've slapped a few guys in my time and often it was true love. In the relative sense, of course. Rough can be a major turn-on. But, make no mistake, I'm not condoning abusive relationships. In the song, a girl just comes to the realization that her guy loved her enough to slap her for steppin' out on him. Followed by a passionate kiss. It's kinda sexy.

With regard to slapping women around, don't you just love the classic movies in which the lead actress becomes hysterical with fear or sadness and the male lead slaps her hard across the face and tells her to "Get a hold of yourself!" Amazing.

Cher slapped Nicholas Cage in "Moonstruck" --- but hitting is not the same as slapping, and anyone who confuses hitting with kissing is in trouble.

A slap is a type of hit or strike. Lyrically, "hit" works. "He slapped me and it felt like a kiss" doesn't work, nor does "he struck me...." It felt like a kiss because the girl realizes the love behind the passionate discipline. Especially when followed by embraces, kisses and lots of implied sex. "He made me his." The song is of its time and, as such, there is a certain innocence about it. A loving bit of violence can be sweet as sugar.

I don't like my men emasculated. I like 'em potent and savage. That doesn't mean I want them to beat the shit out of me. Just love me like a man and don't be afraid of roughing up the merchandise. Sometimes a girl needs a good conquering. I like to be plundered and made to like it. It's all part of the game. Long as it's consensual.

Nobody needs any lectures from you on whether or not something working lyrically is a justification for writing a song about a man hitting a woman and her liking it.

You should consider yourself lucky that nobody has beaten the crap out of you. Since when is a man who doesn't want to hit women "emasculated"? A playful spanking is one thing. But I'd like to know what women who have been abused would say to you if they could. And what makes you think YOU are the one who is in control?

Really, your smug narcissism is beyond tiresome. I really wish I could block you permanently.

As usual, you completely misunderstand. And abuse.