Annals of the Music Biz: No Good Deed Goes Unpunished

Attentive readers and long-time friends are perhaps aware that a small indie label in Australia has, unaccountably, decided it would be a good idea to release a compilation of demos and live tracks I recorded in a band some thirty years ago.

And by "a small indie label" I more accurately mean a philanthropic organization. Seriously, the fact that somebody was willing to release Floor Your Love is perhaps the greatest act of compassion and charity a sentient mammal has exhibited toward his fellow beings since the death of Albert Schweitzer. 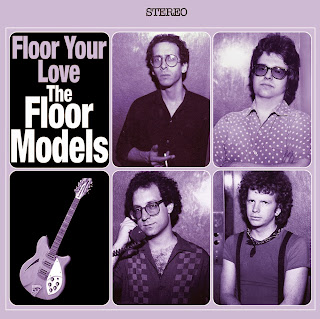 In any case, said record was released a week or two ago. So, naturally, lawyers are getting involved. Or something.

Apparently, a musician who helped us with said demos back in the day thinks the album is going to sell in Justin Bieber numbers and wants a piece of the action.

Here is an e-mail exchange forwarded to me on Friday by my mogul Down Under. The participants' real names and e-mail addresses have been omitted to protect whoever, but I recreate the messages verbatim.

FROM: Say My Name...Heisenberg (a/k/a The Guy Simels Used to Work With 30 Years Ago)
TO: The Record Company Guy in Australia

Stated on the back of The Floor Models CD is the following:
'Unauthorised duplication and reproduction is a criminal offense'. I've heard the material, and I couldn't agree more.

But that is not why I write: Here's a little tidbit I'm certain no one from the band has mentioned: I am the (uncompensated) legal owner of several of the master recordings on this album as well the producer.

Any last words before I send the police to your door??


FROM: The Record Company Guy in Australia
TO: Say My Name...Heisenberg

FROM: Say My Name...Heisenberg
TO: The Record Company Guy in Australia

I really didn't expect such a horribly stupid response. Congrats.

With regard to my connection to this album, everything I stated is true.

And now you are free to go back... back!!... into the shadows of the internet from whence you came,
along with the rest of the delusional vermin who puke up pretend, self-propelled fame and fortune.

Words, as they say, fail me. I also don't know whether to laugh or to cry.

I should add that if you know the guy in question, the fact he's using that quote from Breaking Bad as his nym is a really wonderfully psychotic touch.
Posted by steve simels at 7:36 AM

I take it a credit would not be enough.

Somebody has serious issues.

Does he wear a satin jacket? Sport a comb-over? Any other stereotypical accoutrements of music industry slime?

Do you see why I am always so cranky?

Any last words before I send the police to your door??


Yeah, I'm sure the Aussie police will be chomping at the bit on this one...

You should mail him a quarter scotch-taped to a sheet of notebook papers.

On the notebook paper, write in magic marker in big black letters: All Royalties Due.

This was even better than I expected. So, he's gone from being McCartney to Walter White? Wonder if he actually called the cops? LOL!

along with the rest of the delusional vermin who puke up pretend, self-propelled fame and fortune.

The jokes just write themselves.

I'm proud of you guys