There is no God.

I bring this up because I just learned that earlier this year -- over at something called the Nate Sanders auction website -- that somebody (and whoever they may be, they are a person I deeply loathe and detest because they aren't me) purchased David Crosby's iconic leather cape from his days in The Byrds. 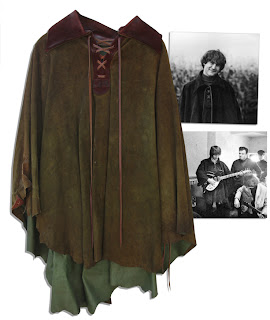 Let me be especially clear about this. David Crosby's signature leather cape from The Byrds.

You know, the one seen on THIS album cover? Which may be the coolest group shot in the history of either rock or roll? 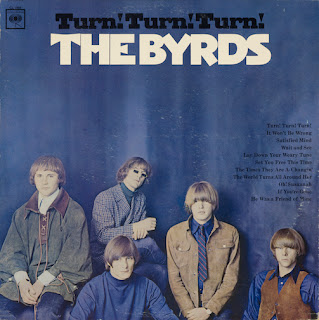 As I said, there is no God.

To which I can only add that if I ever hear somebody's auctioned off Mike Clarke's suede jean jacket from the same cover without having informed me in advance, I swear to the God who does not exist that I'm gonna take a hostage.

"Elf"-wear wasn't cool then and it isn't now.

Leather fetish, eh?
That wouldn't have been my first guess.

Leather fetish, eh?
That wouldn't have been my first guess.

After a week in Paris, all steve cares about is fashion and cigarettes.

I didn't know the Byrds had ever toured Lothlórien. And yes, checking to make sure I got the accent right makes me a complete geek.

Well, I think it looks cool, I guess you had to be there.

Being about 15 when this album came out, I didn't have the guts to wear a leather cape, but boy I couldn't wait to buy and wear a dark blue shirt like Chris and Michael were wearing.

Too bad they can't have a pudding- basin auction (nyuk, nyuk, nyuk). On a slightly more serious note, I still like that line in Jimmy McDonough's biography of Neil Young. Jimmy is describing how the Byrds were unquestionably the coolest 60's L.A. band and what an influence they were on music and fashion on the Sunset Strip and beyond. He then opines that Crosby, if anything, became cooler when he was KICKED OUT of a very cool band; it made him "the Rebel King".
I also like this story from Glenn Frey. Before founding the Eagles, Frey performed in a duo with J.D. Souther. One night at the Troubadour in L.A., Crosby was hanging out and they decided to approach him. Frey said he wouldn't have been surprised if David had "told us to scram", but that in fact Crosby was amiable towards them. Then, according to Frey, Crosby had his girlfriend give them some particularly potent weed. Frey said: "J.D. and I took about two tokes each and we were gone. We thought 'No wonder he writes such great songs'"
J. Lag