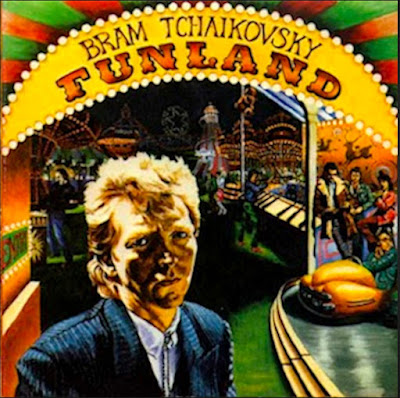 ...please enjoy the aforementioned Mr. Tchaikovsky as he asks the musical question "Why Does My Mother Phone Me?" 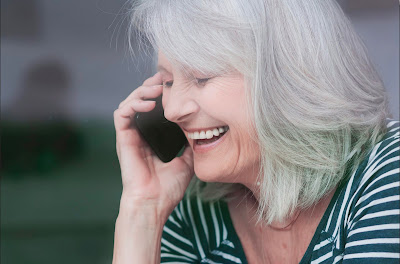 This is one of those where-has-it-been-all-my-life? songs; NYMary actually burned me a CD of the Funland album some years ago, and I know I listened to it, but somehow it just never registered at the time. And then more recently another friend played it for me and I felt like I'd been smacked upside the head with a 2X4.

It's about madness, rather obviously, but from a very writerly perspective; you don't get the feeling, as you do with, say, certain Syd Barrett songs, that you're hearing a cry from a genuinely troubled psyche, although it's still completely believable. In any case, the way the lyrics proceed from basically mundane, albeit funny, observational head-scratchers to existentially scary and rather profound non sequiturs is quite brilliantly managed, I think, and the production and arrangement, as the vocal layering piles up while the track moves along, reinforces the general feeling of dislocated wigginess as well, up to and including the almost surreal Spanish bullfight music finale (those castanets and trumpet just fricking slay me -- you can practically see the guys in mariachi outfits materializing out of nowhere.)

In sum, a fabulous and inexplicably moving record, IMHO. And I can't believe I'm saying this, but the whole thing -- and particularly that ending -- makes me sorry, for a change, that this is one 80s song that never occasioned a music video, although I can't for the life of me think of a director back then who could have done the record justice.
Posted by steve simels at 10:15 AM

I can also imagine a hilarious live version of this song, where the singer gives audience his cell phone number. And starts playing and singing as soon as it starts ringing. Maybe at the next Floor Models show.

Jeez Louise Steve,
never did I envision opening up your long suppressed memory of Bram Tchaikovsky's brand of Power Pop.
Like James Holzhauer (Jeopardy), I have that stupid knack of remembering one off songs/bands from years ago.

I only heard their "Hit" - Girl Of My Dreams one time on terrastial radio (1979/ WBLM, Portland , Me.) and the band name - Bram Tchaikovsky and somehow or another I never forgot the song or them.
A fun remembrance -
rob

Cherry Red has a nice box set of Bram's three albums, each festooned with bonus cuts and alternate mixes, which I got on Amazon new for about $22.

I just got it too.