Not Even Remotely OK Computer

Still having unbelievably irksome problems with my home laptop, so only cursory posting until they're resolved.

In the meantime, please enjoy "Without True Love" (from Actual Sighs, a masterpiece by certified power pop deity Richard X. Heyman), which I have been saying is the most gorgeous Peter and Gordon record P&G never made for quite some time now. 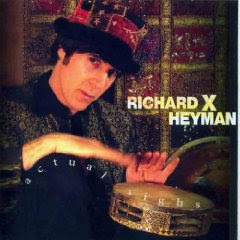 Actual Sighs, incidentally, was the first or second new album I reviewed here, in 2007, after NYMary had given me the metaphorical spare set of keys to the car.

In any case, I bring all this up because Heyman has a brand new album out, and I'm hoping to declaim about it as soon as these pesky computer problems are a thing of the past.

Pray for me until then.
Posted by steve simels at 12:14 AM

Love his stuff (but had no idea his has a new record coming out...)

Somebody should have a page where they inform people about these new releases from great artists like this! ;-)

Steve,
Thanks for posting that Heyman track- I plan to check out more of his work in the future. I think we might also have the seed for a new List-O-Mania here. Why don't you do something like Top Ten Power Pop albums from 2000-2010? Or from the Last Ten Years, or, maybe even better, Top Ten Great But Underrated Albums From The Last Ten Years, something like that. It would probably turn readers like me onto some artists/albums we don't know about, and it might also be a salve to certain people out there who complain that "nobody makes good music anymore."