Only in New York

So the other day, I was in a really crappy mood, not helped by the condition in the illustration below... 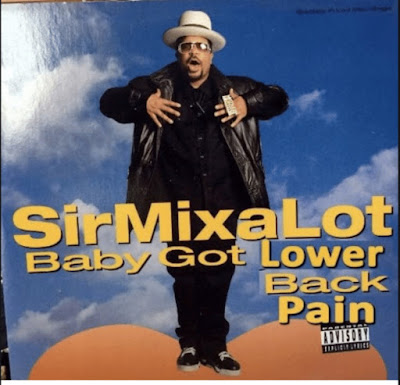 ...or by being on the E-train on the way in to Manhattan, sitting on what felt like the most uncomfortable bench in the history of Western Civilization.

Anyway, somewhere around 50th street, five middle-aged African-American guys walked into the car and began singing, brilliantly, perhaps my favorite doo-wop song of all time -- The Capris' 1982 comeback record "The Morse Code of Love." Which totally improved my mood, and moved me to extract a fin from my wallet and give it to them with a huge smile on my face.

Alas, I didn't have the chance to record or take a picture of them before they got off at the next stop. But if you don't know the song, here's the original. Try listening to this without grinning -- I dare you.

Anyway, I bring all this up because it reminded me one of the reasons you pay the big bucks to live in New York City is because we have the best street musicians on earth. And therein lies a tale I told here some years ago, but which behooves repeating.

They weren't actually Iranian, of course, although that's how everybody I knew referred to them at the time, but in the late 70s and early 80s they were a Manhattan fixture, particularly in the area around Greenwich Village -- three vaguely swarthy guys playing acoustic guitars, another one simulating drums with a couple of cardboard boxes, and all of them singing covers of Beatles songs in the most astoundingly pretty harmonies you could possibly imagine.

Here they are on a corner somewhere back then doing "I Saw Her Standing There," which will give you an idea of how utterly charming they were.

Eventually I found out they were actually Latino ex-gang members from the South Bronx, and that they were called Street the Beat. They used to absolutely make my day whenever I would run across them in performance (you never knew where they were going to show up, which was, of course, part of the fun). To my knowledge, they never went into a recording studio, but they did do the occasional club show at Folk City, where (I can tell you from personal experience) they were no less amazing than they were al fresco.

And they had a couple of original songs in a Merseybeat vein that would, or should, have been hits in the context of the early New Wave, when such things were being re-appreciated. Here's one of them -- "Falling in Love," as seen on an episode of the old Joe Franklin Show on NYC's Channel 9 in 1983.

I have no idea what happened to the band, although apparently the drummer has a Facebook page. In any case, if "Falling in Love" doesn't make you swoon, or weep for what might have been, there's no hope for you.

I saw them on the Joe Franklin show in that clip all those years ago and was blown away!! The harmonies are so perfect; and executed effortlessly! And that song - I’d give Steve’s left nut to be able to write something that good!
They were clearly as smitten by the Beatles as I was in 1964; but .... as Latinos in the south Bronx in 1983?? How does that happen??

But I never, ever saw or heard anything else by them. So to see the clip today, all these years later, of them doing “I Saw Her Standing There” was truly a gift. I can’t even imagine how great it must have been to come across them playing live on a street corner.

Steve: if you have any other info or clips of them, I’m all ears. Thanks for the post. You made my day.

Love it that the lead singer on "I Saw Her Standing There" plays lefty like McCartney (I play left-handed also).

These guys make me think of Emitt Rhodes!

Love em all especially the last one.
Speaking of great doo-wop check out ‘you’re so fine’ by the falcons it could make a lame man dance.