Technology Has Finally Caught Up With Our Artistic Vision!!!

Attentive readers will recall that back in the 70s, I toiled in a garage band called The Hounds... 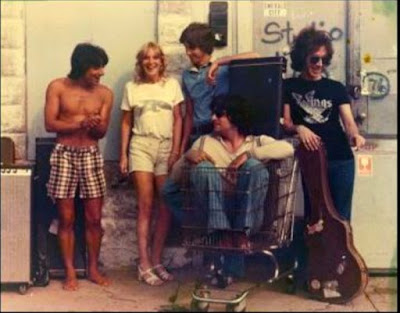 ...who in 1976 released a D.I.Y. indie single on our own label, the b-side of which was a sort of Stones pastiche called "On the Road." 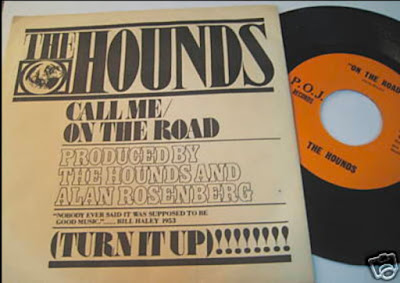 In any case, speaking as the sort of producer of the thing, I was never really happy with the sound on it, or the mix, and more recently -- in 2017, when I compiled a Hounds CD (still available over at iTunes, Spotify, Amazon, etc) -- the version of the song we used on the album was a scratchy, kind of inadequate, rip from the original 45 rpm vinyl.

Bottom line: A few months ago, a friend of the band provided me with the 4-track master of the song (which had been originally recorded, under highly primitive conditions, at a radio station at Bergen Community College)... 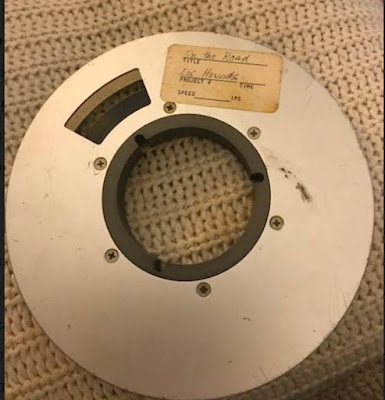 ...and at great personal expense I had it digitized. And then, last week, I remixed it at 30 Below, the Manhattan studio where, with brilliant engineer Brent McLachlan, I have been working on my musical projects for the last couple of years.

And here it is. Finally -- as nature intended.

Hey -- I said it was a long story. I never guaranteed it would be an interesting one.
Posted by steve simels at 8:55 AM

Fifty bucks? I'm not worthy. In the '70s I traded away my copy of The Remains album to pay an 8-dollar phone bill. A year later I saw it in Bleeker Bob's for $60.

I like it. Sounds like Rockpile with more soulful vocalists. Not hating on Rockpile, either. Well done.

Cindy sounds AMAZING. Guitars GREAT. Is that you "T" on the opening vocal? FABULOSO!

I was doing my damndest to make it sound like Dave Edmunds version of Let It Rock. The lead guitar, me, is all stolen from that.