The Basnight Has a Thousand Eyes

From his just released album of pop/rock covers... 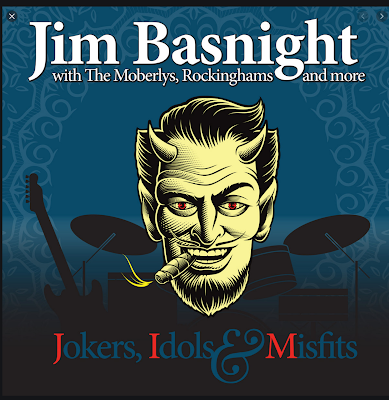 ...please enjoy indie rock legend and friend of PowerPop Jim Basnight and his absolutely fabulous version of "So Much in Love."

That is, of course, a Jagger/Richards song that the Stones never recorded; you probably know it from the early '80s cover by The Inmates, which was a minor radio hit in these parts. In any event, it's a long time favorite at Casa Simels.

The bottom line is that Jokers, Idols & Misfits has similarly splendid renditions of classics by all sorts of worthies including The Beatles, The Who, The Sonics, Stories and David JoHansen, and every one of them is worth hearing; you can -- and obviously should -- download or stream the album over HERE. Believe me, you'll be glad you did.

Every now and then I catch an aural whiff of "Citadel."