Weekend Listomania (Special White Men Do It on the One! Audio/Video Edition)

Well, it's Friday and the beginning of the big July 4th Weekend, so you know what that means. Yes, my Oriental pre-barbecue meat-pounding czar Fah Lo Suee and I will be heading off to somewhere to do something and I wanted to insert a BP/Gulf oil spill joke at this point but the whole thing's just too depressing so the hell with it.

That being the case, and since things will be otherwise quiet around here till Monday, here's a totally irrelevant but hopefully amusing little project for us all:

Best or Worst Use of Handclaps on a Post-Elvis Pop/Rock/Soul Record!!!

No arbitrary rules of any kind, you're welcome very much. And yes, I know that I've probably done this one at some point in the past, but I'm doing it again for two very good reasons. A) The amazing similarity between the two songs in the number 4 entry was unknown to me last time out. And B) I've always wanted an excuse to post yesterday's Bette Midler "Fiesta in Rio and I Had the Clap" song. So there. 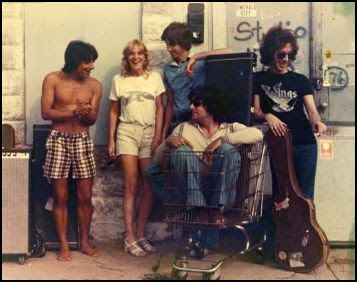 I have no idea who the guys doing this song are, but damn -- those handclaps totally sell it. 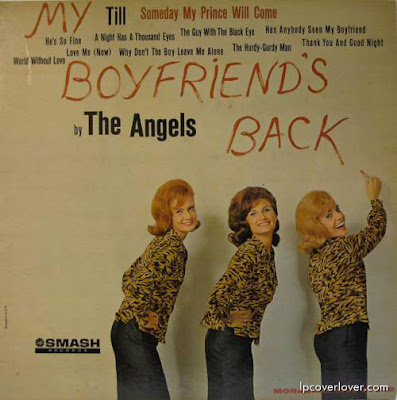 The Beatles -- I Want to Hold your Hand 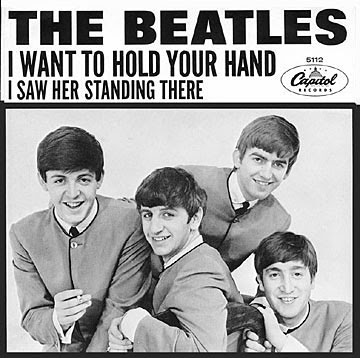 The same handclap pattern in both songs -- coincidence? I think not!

Because, as you know, we like to have something recorded in this century, even if it's kind of mediocre and derivative.

God, I love this video. Plus, you get to see them actually doing the claps beginning at approximately 4:34. And the bit at around 2:28, when Moon starts mugging shamelessly and you THINK they're going to do the claps, never fails to crack me up.

And the Numero Uno if-you're-happy-and-you-know-it-clap-you-hands moment in all of recorded music, frankly, just has to be... 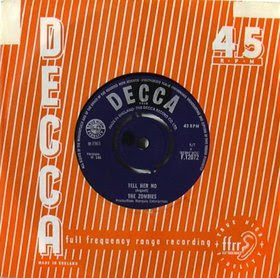 The single echoed clap, at approximately 1:53...is there a more perfectly positioned sonic detail of any kind in the entire history of rock-and-roll? Obviously not, says I. BTW -- this is the mono version; avoid the stereo mix -- where said single echoed clap all but disappears into the ether -- like the proverbial plague.

Alrighty then, holiday revelers -- what would your choices be?

[Shameless Blogwhore: My paralle Cinema Listomania -- theme: Best or Worst films with a deeply cynical view of America or American democracy -- is now up over at Box Office. As always, I would take it as a personal favor if you could take a moment to go over there and leave a comment, despite the clunkiness of the new posting system. Thanks!]
Posted by steve simels at 12:01 AM

The Cars - My Best Friends Girl

Tell Her No is such a perfect song. Not sure if I would call it Power Pop, but perfect pop.

Rosalita, during the "Your papa knows that I don't have any money" breakdown.

Tommy Keene's "Places That Are Gone" version from the 1984 Dolphin EP had great claps in the chorus. True story: Two years later my band was recording in the same studios and we needed some thick hand claps so the engineer pulled up Tommy's samples for us.

I love "Places That are Gone" although I don't remember the hand claps. Was the later version the one on Geffen or where was it from? I know whatever one I have on my iTunes is later....

Beck's "Clap Hands" ... also features the best use of eating utensils and puppets in the history of pop music. What more could you want? (Sorry for the crappy video.)

The Hounds were a mid-70's Chicago band who got a record deal based on one regional hit, an "All the Way to Memphis" ripoff (notice the dude in the cart's resemblance to Ian Hunter). There was no rest of the story.

That theme song from Friends (I like the song. I watch television. Sue me.)

They're Coming to Take Me Away -- not necessarily the best hand claps, but the scariest? I think so.

The Hounds in the picture are my 70s garage band in New Jersey; the song was the A-side of our DIY single. The whole story is here.
http://powerpop.blogspot.com/2009/05/pictures-from-lifes-other-side.html

We broke up before those other Hounds from Chicago got signed to a major label, and we fricking hated them for stealing our good name.

Oops. Slight mistake about Tommy Keene. The claps were on the chorus of "Back to Zero Now" which was on the Places EP released before the Geffen major label debut. Phew.

The thickest, mostly clearly articulated clap track in the Beatles catalogue has to be "All Too Much". There must have been some bleeding palms after that one.

Steve included the Zombies and no one has mentioned "Time of the Season" yet?

I once again exhort you to do the Trouser Press. Baby.

Crazy Water from the latest Was/Not Was, "Boo"...a record that deserves a lot more love than it gets. This is what R&B sounds like...that Beyonce shit or whatever else passes for R&B these days doesn't hold a fucking candle.

Little Stevie Wonder's "Fingertips" also has clapping in it.

...hey, Steve-O, the rock snob part of me insists I inform you that I read somewhere - Mojo I think - that the Who video was shot long after the song had been recorded, for the Kids are Alright movie (I think?)...I don't believe it's the actual session.

I could be wrong.

...the Beatles were Shirelles fans, for sure. Steal from the best, right? Who could blame them, it works like a charm.

Ya sure that Zombies thing isn't a wood block?

Noam -- you may well be right about the Who video. I'll look it up and get back to you.

And now that you mention it, the Zombies thing...could be a wood block. With all that echo -- who knows? Although it sounds like a hand clap to me...especially if you've ever rehearsed an acapella group in a room or a hallway with a good natural reverb.

Steve, that clap in Tell Her No is just all kinds o' awesome. I double-checked and I have the stereo version. You're right...they totally buried it.

"No Matter What" by Badfinger. Oh yes!

"Little Stevie Wonder's 'Fingertips' also has clapping in it"

Totally blanking on this one but can't believe there's more Rolling Stones songs with clapping. IIRC, Mick went through a period when he was always clapping on stage.

I hate to cite Wikipedia, but they do state that the "Who Are You" clip was done specifically for the film, with the vocals, drums, and Townshend's electric guitar all live.

A little late to this party, but just heard Steam's Na Na Na Na Hey Hey Goodbye on the radio.

May not be the best clapping, but probably the longest sustained clapping. The entire song, with a clapping solo in the middle.