Wow -- this story just keeps getting better and better.

From his second (1970) album -- and the soundtrack to the astounding 2012 documentary Searching for Sugar Man -- here's recently rediscovered singer/songwriter Rodriguez and his hilarious and poetic "A Most Disgusting Song." 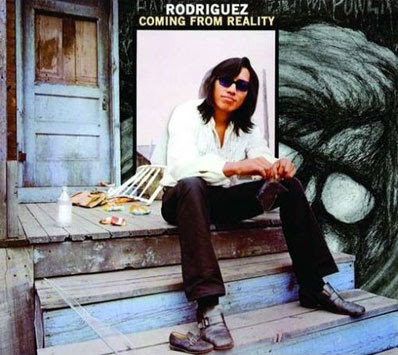 Unlike the first Rodgriguez LP, which was produced in his home town of Detroit by Dennis Coffey, of Motown's legendary Funk Brothers fame, this one was recorded in London with some amazing Brit session guys. Including -- on this cut -- the remarkable Chris Spedding on guitar.

As in Chris Spedding who played on records by everybody from Donovan to the Sex Pistols.

In any case, I'm still trying to figure out why Rodriguez never got airplay on FM rock stations back in the day.

Seriously -- in New York City at least, can anybody tell me why Rosko or Alison Steele (The Nightbird) didn't play this stuff?
Posted by steve simels at 8:38 AM

Nobody bought Richard Thompson's amazing "Henry The Human Fly" either.

Amazing that this guy just completely fell through the cracks but that seems to be exactly what happened. You would think he'd have at least gotten some buzz in Detroit....

Wonder if Billy Joel knew this.
La la la ditty dah...
Strange though that he's talking about Martha's Vineyard. I've played there and it is a playground for the very rich. Poetic license I guess...