The Greatest Thing From Sweden Since Blondes!

Unbelievable as it may be, and thanks to my new Facebook buddy, DJ Wayne Lundqvist Ford, a certain band (featuring a certain bass player whose name rhymes with Sleeve Nimels) will be played on an indie radio station from the land of Ingmar Bergman and ABBA later today. 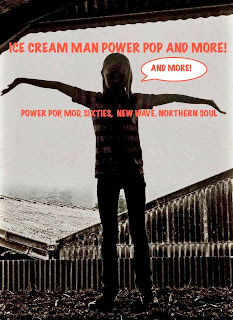 ...and you can check it out on the web at RADIO ANDRA at 7pm CET.

I believe that's 2 PM East Coast time in the States, but you might want to Google that to be sure.

In any case, here's the playlist, by artist, in the order the songs will be played.

You'll note that The Floor Models are represented about half way through the set. This is as God intended, I think, and Wayne informs me he will be saying nice things about us as well as mentioning the release of our album on World's Coolest Label ZERO HOUR RECORDS.

Meanwhile, here's last week's show, with power pop gems by The Singles. The Stairs, The Movements, RAF, Robby Allen and The Kite Collectors, Glenn Robinson, The Zags, Phenomenal Cat, The Early Hours, The Sadies, The Barry Holdship Four, The Chords, The Brigadier, Exploding Hearts, The Frowning Clouds and...

If truth be told, the only band on that list (besides us) I was familiar with is The Sadies, but I gotta say I dug just about everything Wayne played, and that the hour absolutely flew by. Great stuff, in other words.
Posted by steve simels at 9:21 AM

You're in good company. Ballard is a friend of mine and sometime collaborator.