Gomorrah on the Hudson Week: Part Two -- Willy was the REAL Bernardo! 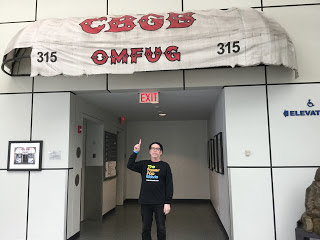 From 1976 and the fabulous -- and soon to turn 40 -- Live at CBGBs album -- please enjoy the incomparable original incarnation of Mink DeVille and their wonderful Lou-Reed-Meets-the-Stones live version of "Let Me Dream if I Want To." 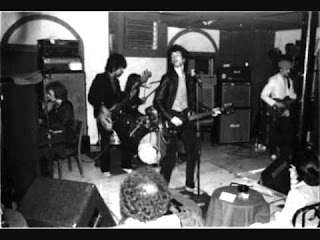 With the possible exception of Television, these guys were always my favorite of the original CBs bands; their first two albums on Capitol, brilliantly produced by the great Jack Nitzche, are stone classics that belong in every record collection.

Incidentally, I interviewed Willy early in his solo career (when he switched to Atlantic); get me drunk some time and I'll tell you what happened. Suffice it to say that it involved his wife, who was pretty notorious in her own right, and that it was perhaps the most appalling and terrible experience of my career.
Posted by steve simels at 10:25 AM

The first one especially. I saw them headline the Whiskey, and then a few months later on the bill with Elvis Costello and Rockpile.

I saw that triple bill as well.

Don't be surprised if I try to get you drunk next time I see you.

I still owe you a drunk for your Shawn Colvin story. Dang. Now I'm going to have to get you drunk twice.

The Colvin story is just a little ironic. The Willy story is horrifying.
:-)

Stop being coy. It doesn't become you. Just tell us already!

JGD -- I don't feel comfortable about telling it publically. Out of respect for Willy, not me.

So, out of curiosity, Steve, what is your opinion of "Cadillac Moon?"

Steve: either I hear it from you, or I get Vickie Rock to tell it. Your choice.