My Subconscious at Work

True story: In the last two weeks I have had bizarre dreams involving pop music.

In the first, I dreamt that Mick Jagger and Keith Richards were hosting a show on ESPN. 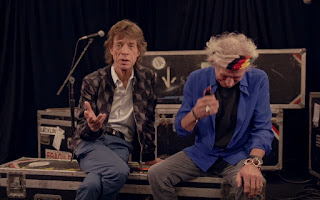 Hey -- to quote Judy Tenuta, it could happen!

In the second, and more disturbing, I attended a concert by an underground rock band. 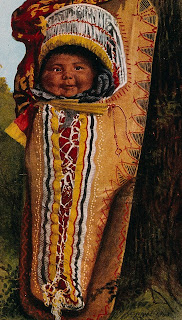 Called The Papoose of Pop.

I am not making any of this up.

In any case, I think it's getting increasingly obvious that my decades of obsessing over rock-and-roll have gotten me into a weird area here in my Golden Years.
Posted by steve simels at 8:25 AM

I wish I could remember the details of a similarly odd music dream I had recently.

I couldn't tell you how many times I've had the "hanging out with Bruce Springsteen" dream.

The other night I had a dream when I was walking into a Tom Petty tribute concert and bumped into Tom in the lobby. He said, "Isn't it too soon?" I replied no and then went to hunt for my seat.

I think Jagger and Richards doing a Sports Desk could be good, irreverent fun, particularly if they incorporate some (legacy-cheapening?) Stones-related references into their rapport. Like, if some team were in the doldrums, Mick could quip:

"Baby, baby, they better play better next week/'Cos, you see, they're on a losing streak".

Or if some athlete were on the verge of retirement, or some team were playing its final season in a certain town, the strains of "This could be the last time" could wail in the background.

Or if a young upstart hitter knocked one out of the park on a veteran ace reliever, Mick could jibe: "Pleased to meet you/Hope you get my name".

Not to mention what could be done with Satisfaction, Play With Fire, Heart Of Stone, 19th Nervous Breakdown, Time Is On My Side, "How Come You Dance So Good??" "It's A Gas, Gas, Gas"...