Yet Another Reason Roger McGuinn is Totally Cool

From an interview with McGuinn in the current edition of MOJO (the one with the White Album on the cover, and the magazine's 300th issue):

Q: What is your favourite Saturday night record? 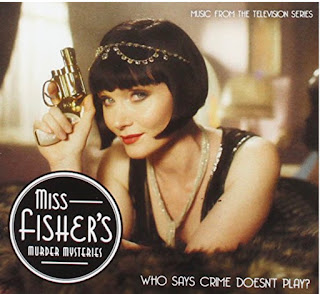 Here's my favorite song from the show, as heard on the first of its soundtrack albums.

"Sailing on a Sunbeam," by Des Toohey and Frank Coughlan.

Corny as hell, obviously, but there's something ineffably appealing about it anyway.

Note to self: 20s pop recommended by folk rock icons less interesting to readers than expected.

Steve, it's not the song, it's the show. I had been ignoring Miss Fisher until reading one of your raves about it and MF herself. So then I watched it. Or tried to.
Now how or why love strikes is a mystery, and I try not to judge. Under different circumstances maybe MF would ring my bell too. But she doesn't. And as for the show ... it's just not that good.
Shit. This was meant to cheer you up. I like the music!
But I think I'll make this anonymous.