[I originally posted a version of this about ten years ago, but obviously it's even more relevant now, alas. In any case, I've rewritten it and swapped out a couple of the original entries to avoid accusations of being a total slacker. Please enjoy. -- S.S]

... THE BEST OR WORST POST-BEATLES POP/ROCK/SOUL/COUNTRY SONGS OR RECORDS THAT REFERENCE FIREARMS IN EITHER THE TITLE OR THE LYRIC!!!

Self-explanatory, so no arbitrary rules, but by firearms I mean the obvious, i.e. handguns, rifles, etc. In other words, if you try to sneak in something like Bruce Cockburns' otherwise quite splendid "If I Had a Rocket Launcher" I'll make merciless fun of you.

And my totally top of my head Top Nine are:

Written by Sonny fricking Bono, and covered here to within an inch of its "my baby shot me down" life. Reid, of course, is the man who passed on Robert Plant's gig in Led Zeppelin, thus altering history in unfathomable ways. A certain Shady Dame and I were privileged to see Reid in a tiny club a few years ago, BTW, and it was in a word transplendent.

From 1990 and a long-time fave of mine. Utterly gorgeous on every level, I think, but to this day I haven't the slightest idea what it's about. These guys are apparently still a going concern, however, and if I ever run into them maybe I'll ask.

I know, I know -- you thought I was gonna say "Lawyers Guns and Money."

6. Mission of Burmaa -- That's When I Reach for My Revolver

Yeah, it's a great song. Still, and I forgot who said it, but there comes a time in everybody's life when they look at their CD collection and realize that those three Mission of Burma albums are basically just taking up space.

From the 1971 cult album. These guys are supposed to be some kind of proto-something -- punk, powerpop, I don't know what -- and people I know whose opinions I respect actually like the record. All I know is, I pull it out once every year or two to see if it makes sense to me yet, and it never does.

4. Little Steven and the Disciples of Soul -- Under the Gun

That's Dino Danelli, of Young Rascals fame, on drums, BTW. In any case, the best nasal homage to the ouevre of Keith Richards ever waxed.

I know, I know -- you thought I was gonna say "The Guns of Brixton." 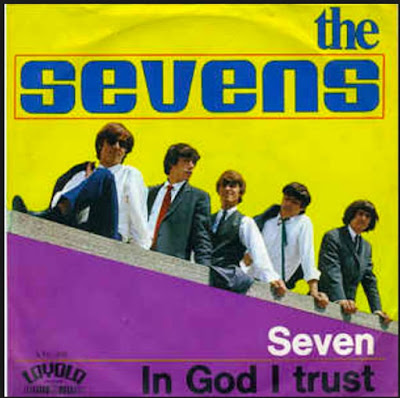 Apocalyptic garage rock from the Rolling Stones of Switzerland. Actual gun shots -- a starter pistol, actually -- fired in real time in the studio, courtesy of producer Giorgio Moroder (in his pre-disco days, obviously).

And the Numero Uno ode to the joys of blowing stuff up real good simply has to be...

This is one of the Guess Who tracks I usually pull out when people make fun of my obsession with the band. I'd actually forgotten it was a single; I mostly think of it as one of the best cuts from Rockin', the 1972 LP that's not only their masterpiece but one of the most unjustly overlooked albums of its decade. The song itself is sui generis; slash-and-burn guitars, a chorus for the ages, and a lyric -- at a historical moment when corporate greedheads are trying to convince us that fracking is good for you and the NRA and their Supreme Court enablers won't rest until every American can walk into a bar carrying a Stinger missile -- that's obviously depressingly prescient.

And have a great weekend, everybody!!!!
Posted by steve simels at 9:44 AM

Weirdly, "I Shot the Sheriff" doesn't mention a gun anywhere in the lyrics?


There was some discussion of Rickie Lee Jones' cover of Elton John's "My Father's Gun." always struck as Bernie Taupin taking his wild west fixation too far.

Keep your heads down!

How about another Warren Zevon?

"Some will rob you with a six-gun,
And some with a fountain pen."

I agree completely with "Guns, Guns, Guns", which was a big hit at my college station. Halfway through, it would start to sound intermittently distorted. It turned out that the station's copy of 'Rockin'' pressed on RCA's thin Dynawarp vinyl was flat along the outer edge, but very warped around the label. Since "Guns" was the last cut on side 1, the warped vinyl was bumping against the bottom of the phono cartridge with each revolution, lifting the stylus ever-so-slightly out of the groove and getting increasingly noticeable the closer it got to the label. It never quite got to penny-on-the-tonearm stage, but sure came close.

The "Guns" single was must-have for Guess Who fans: the "A" side was remixed, and "Heaven Only Moved Once Yesterday" on the flip was in the clear, without the crossfade into "Don't You Want Me" on the always-fun "Hi Rockers!" "Hand Me Down World" also had a mix that was unique to the single.

Good to know I'm not the only one who loves "Get A Gun" but has no idea what the hell it means.

A few others, mostly from those college years:

Carole King - "Smackwater Jack"
The various "Give Ireland Back To The Irish" bits on National Lampoon's 'Radio Dinner' album
"Gun Control" from Arista's SNL cast album
Doors - "Unknown Soldier". Entirely different gunshot SFX on the 45 and LP.
Proctor & Bergman - "Saturday Night Gun Mart"
Steely Dan - "Don't Take Me Alive"
Free - "Wishing Well". Extra points for passing the 45 off with a time of 2:98
Country Joe McDonald - "Wilderness Trail", where each band member gets picked off one by one.
Five Pieces Of Eight - "Age Of The Gun", from the rock opera 'Moses And The Impossible Ten', with surprisingly scorching guitar work later on. Never had a chance, being on BASF Records, whose cumulative won-lost record was 0-everything.