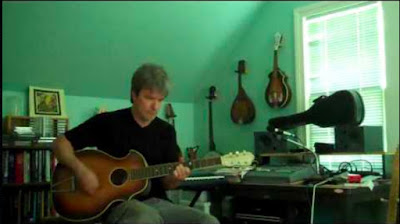 ...and his fabulous ode to the proverbial "Haunted House."

In any case, I lost track of the guy over the years, but I rediscovered him in 2017, and he's done really well for himself since the Thieves, including an Oscar nomination for a song he wrote for the soundtrack of The Horse Whisperer.

You can find out more about him over HERE.
Posted by steve simels at 8:36 AM

You can still get the Thieves CD at Amazon, BTW. And inexpensively.

Loved the track and just bought a CD of the Thieves CD -- thanks!