From 1967, and the wonderful (but not released until 1969) Elephant Mountain album by The Youngbloods, please enjoy the fabulous (and surprisingly classically influenced instrumental) "On Sir Francis Drake."

I bring this up because a) I was a huge fan of the original incarnation of those guys, but more specifically because b) as attentive readers will recall, I attended a show by Little Steven and the Disciples of Soul last week and you could have knocked me over with a feather to learn that the white-haired second keyboardist in the the band was none other than the above song's composer/performer, the wonderful Lowell Levinger. AKA Banana.

Who's the guy in the loud jacket center in this vintage photo of the Youngbloods. 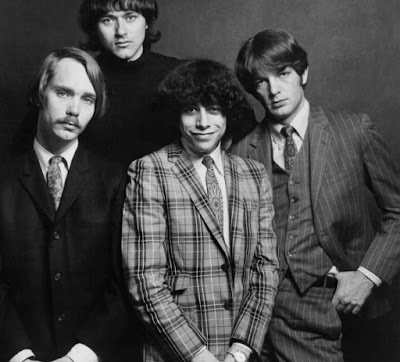 BTW, Levinger, who turns out to be a really nice cool guy (I'll spare you that story) has a terrific new website which you can and should access over HERE.

And let me just say, and for the record, that Little Steven obviously has really good taste in sidemen.

Love Banana. So much talent and a great guy. Unfortunately The Disciples of Soul cancelled their performance in Chicago so I missed them.

You were so thrilled to see Banana that you left after five songs.