Only the Smug Die Young

From 2019 and their just released album Serve a Thirsty Moon... 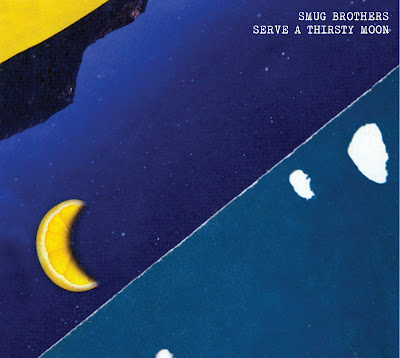 ...please enjoy the pride of Dayton, Ohio, the Smug Brothers, and their too cool for school new single "Every One is Really Five."

These guys have been around for a while -- since 2008, actually, albeit unbeknownst to me until last week. In any case, I loved their new album -- which has, as you can hear from the above, a terrific pop-punky edge -- and I was particularly intrigued by this little news tidbit in the press release they sent me.

Serve A Thirsty Moon by Smug Brothers is being released on CD by Gas Daddy Go! Records in conjunction with the first Local Music Day in Dayton, Ohio on Saturday, Nov. 9.

Local Music Day in Dayton? Obviously, I had to dispatch Dayton native/ace reporter/friend of PowerPop Phil Cheesebrough to check it out.

Here's his report -- take it away, Phil.

I definitely enjoyed the Smug Brothers 50 minute concert, and as they raced through a tight indie-rock set of songs lasting mostly two to three minutes each, I was thinking to myself: "Why didn't I get the memo on these guys?" I mean, they are from my town! Guess I have been too narrowly focused on the singer/songwriter genre, and the home concert experience, for the past 10 years. 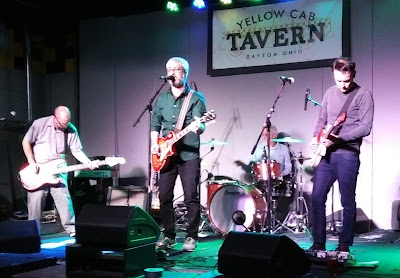 So my only disappointment from Saturday night was only one set could be served up from the Smug Brothers before they had to depart for the next band on the bill. Definitely left me wanting more!

With three full length releases in 2019 alone, they have a wealth of current, original songs to select from for live shows. "My Future In Bones," with its snarling guitar riff, is now my favorite 90 second song in the world! And of course, I was already a fan of "We Are All Five" after watching the video link you sent me. And totally cool that they used this song for their opener to grab and shake the audience right from the start.

The band has two new additions to their line-up--Scott Tribble on lead guitar, and Kyle Sowash on bass--and both appear on the new disc. Tribble and front-man/principal songwriter Kyle Melton had some excellent guitar inter-play throughout the set. Solid drummer Don Thrasher is a Dayton institution, well known for his freelance writing about the Dayton rock scene for decades now. And Don even has a four year stint (in the early 1990s) under his belt drumming for Dayton hero Robert Pollard and his band Guided By Voices.

I talked to the band at the merch table after their set, and they were absolutely lovely guys. They gave me a free copy of "Serve The Thirsty Moon," and I also bought their other two 2019 releases "All Blur And Spark" and "Attic Harvest" (on vinyl). And I definitely plan to check out their extensive back catalog too.

BTW, I gave Kyle an autographed copies of Floor Your Love and Letter From Liverpool. He laughed at the title, getting the Yardbirds reference! 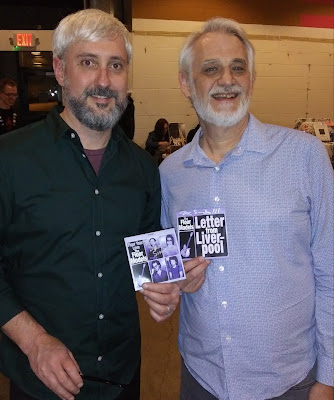 Thanks again for the heads-up on the SBs! Kyle and Don were amazed when I told them the first tips I got from you started way back in early 1975 when I subscribed to Stereo Review at age 15. And 44 years later, well, the tips are still coming.

Thanks, Phil -- wish I'd been there. I should add that the Guided By Voices connection alone makes these guys a must-listen. That being the case, I would be remiss if I didn't mention that you can stream the album over at Amazon HERE. I can't find a link for the physical CD, but I'm sure if I yell at the guys they'll provide it for us.

POSTSCRIPT: As promised, here's the link where you can -- and should -- buy a CD of the new album. HI FANS!!!.

You can order the rest of their catalogue there, too!

Just getting to this now -- instantly catchy, thanks for the tip!

Steve! Thanks for the opportunity to help out Power Pop! Your roaming correspondent may strike again in 2020 if the right thing pops up.