Well, this whole strange two year journey of Floor Your Love: The Album has just gotten a little stranger.

Which is to say that -- unlikely as it may seem -- a guy at an Australian power pop label somehow heard about the album and has...

...decided to release the thing for real. 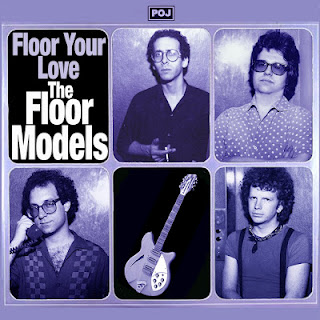 The label is called Zero Hour and they do good work. Like this just released tribute album for The Records... 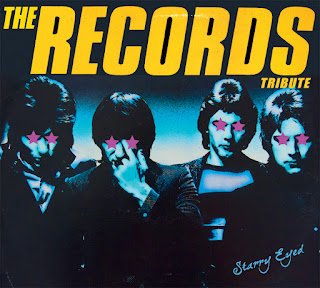 This tribute gathers a host of bands/artists from around the world to pay tribute to one of the finest power pop bands. Featuring: Bill Lloyd, Off Broadway, Dan Sarka & The Sometimes Why, Donovans Brain (Bobby Sutliff/Dennis Tek), Steven Deal, The Accent, The Split Squad, Lannie Flowers, Zombie Western Baby, Mike Dees, The Injured Parties, The Mold Monkies, The Bottle Kids, Vex and The Vextones, Words, The World Record, The Popdogs, Undecided By Default, The Cheeks and The Broken Rekkids. Original members John Wicks and Will Birch have given it their blessings.

In any case, we're currently hashing out the details -- the packaging is going to change a little, obviously -- and I'll keep you posted on further news as it develops.

Meanwhile -- somebody pinch me, because I still can't believe this.
Posted by steve simels at 3:19 PM

WTG Steve. Truth may be stranger than fiction but it's truth.

I'm available for the Australian tour if you can't get all the original members; but full disclosure: I have a "No Vegamite" rider in my contract.

do we have to add "G'day mate" to the CD title? Andy

Hey Jai Duru Dave: Don't you want to be a happy little vegemite?

I love Bill Lloyd, have for years but for crying out loud the guy shows up on every pop tribute record. I think he's selling himself short......