Richard and Linda Thompson and the original version of RT's beyond moving "Dimming of the Day." 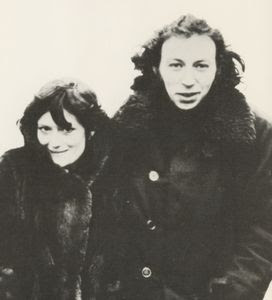 Emmylou Harris [a goddess] has a go at it, with quite lovely results. 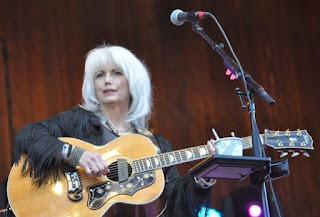 And my personal favorite -- a more rocked-out (that's a relative term, of course -- this is still a ballad) version by Clive Gregson and Any Trouble. 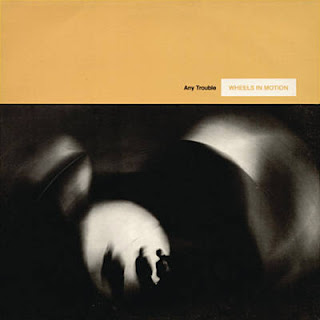 I should note at this point that Any Trouble's first album -- which, unlike the one the Thompson song is from, is done straight two guitars, bass and drums -- was a humongous influence on the embryonic Floor Models (in fact there's a song on our album that's about as blatant a rip-off of an AT song as you can imagine). I should also add that after hearing this I was, shall I say, unsurprised when Gregson later turned up singing back-up in Thompson's touring band.

Wow. Who hasn't covered this one? I kinda like Tom Jones' version:-)

Didn't Lawrence Welk's Champagne Music Makers do a version of this as well?:-) Imagine this tune with a bubble machine.

Kind of a downer for Monday, isn't it Steve? Cheers from the West Coast.

There's a gorgeous Alison Krauss version, but alas the video embed was disabled.

"Starring As Henry The Human Fly" is still my favorite Richard Thompson album. During the Summer of '78, I had a cassette with that on one side, and "I wanna See The Bright Lights" on the other. I was a lifeguard on the Gaviota coast and that was my soundtrack as I drove up and down Highway 101. If I wasn't playing "Cheap Trick", "Grievous Angel", "Slayed", "Mink DeVille", or "Taking Tiger Mountain By Strategy".

I bought my first Richard Thompson album based on a Steve Simels' review in Stereo Review. Hand of Kindness in 1983. Thompson's early albums with Linda were re-released shortly after and that's when I first heard Dimming of the Day. One of the most beautiful songs ever. Dargai is the perfect coda. The Five Blind Boys of Alabama perform a beautiful cover on the Beat the Retreat tribute album.

To turn this on its head, Thompson's done some mighty fine cover versions–of course, Fotheringport Confusion (© Linda Thompson) did all kinds of Joni, Dylan, and others–but Thompson himself, on his guitar/bass/drums-only album, "Strict Tempo", did a marvelous version of one of Duke Ellington's early songs, "Rockin' In Rhythm":

I once saw RT with a full band at a private gig out my way. They did an unbelievable version of Season of the Witch. Richard absolutely killed on guitar. Best version I've ever heard him or anyone do. Got a DAT of that show in a box somewhere.

It's funny, I was right up front and he knew I was taping. He kept talking to me between songs. Made a lot of condescending statements about bootleggers, which were betrayed by his smiles. And his lascivious gazing. I humored him and gave him some great cleavage shots. It was all very innocent. Not like another encounter I had with him in a somewhat dark parking lot. But that's a story that probably shouldn't be told. I'll only say it wasn't pleasant.

BBJ: Loved Mink DeVille's Cabretta album, not to take any thing away from the others you mentioned. You have good taste:-) Anyway, I had the import Mink DeVille before it came out in the US.

Once I went with Kenny (my 1969 Jimmy Page ringer, fetish and toy) to see Led Zeppelin at the Forum. This was one of the shows in 1977. I went to all six. After the show the traffic was ridiculous. So we smoked a jay in the car and cranked up Mink DeVille. My baby did the Cadillac Walk and the Spanish Stroll with the Venus from Avenue D. A great way to kill some time while the traffic subsided.

VR- Cabretta was great, saw them at the Whiskey, and then later opening for Rockpile and Elvis Costello.

Did not connect with later releases.

We have probably been in the same audience.

BBJ: Yeah, Mink DeVille and The Pop at the Whisky if I recall correctly. Summer of 1977. Did you see the Costello, Rockpile, Mink DeVille show at the S&M Civic? We spent the day of the concert at Will Rogers Beach getting pretty trashed while playing impromptu mixed volleyball. Me, Sandy and Gina, our hairdresser friend who worked the Beverly Hills elite, were also doing some pre-summer topless tanning. Some fat fully-clothed tourist fuck was snapping pictures of us while his frumpy wife bitched. We gave the old fart a good show and exchanged some kisses while liberally applying the lotion.

BTW, I also went to the Costello show at Hollywood High School. The next day was Petty and David Johansen at the Civic. Those were the days. The Civic was a great place. Saw countless shows there. King Crimson 1973 comes to mind. But there were so many. Our house in West L.A. was only a short distance away. One of my favorite venues.

Last time I saw DeVille was in 1994. Eric Burdon opened for him at the Hollywood House of Blues. Freddy Koella was the guitar player (he looks a lot like Marty Feldman). It was a pretty good show but Willy looked like death warmed over. Pale blue skin and rotted teeth with a heroin growl.

VR- Mink DeVille and The Pop at the Whisky if I recall correctly. Summer of 1977. Yes I was there.

I saw Costello, Rockpile, and Mink Deville in San Diego as I finished my Junior Year at SDSU, and then again a few days later in Santa Barbara (UCSB gymnasium), when UI moved up to start the aforementioned beach lifeguard gig. The Santa Conica Civic was in between.

BBJ: I'm way into scuba diving. Got my C-card when a Freshman in high school. The instructor was really cute. But married. Since I was his last student of the day, sometimes we'd get a bite to eat together. He was pretty goddamned boring and idiotic when it came to conversation. It completely offset his looks. I had no interest in him, but I couldn't pass up the free meals. Perhaps this led him on. When I completed the course, he took me to eat at a steakhouse in Covina called the Northwoods Inn to celebrate. Afterwards, he tried to get me to check-in to this really seedy motel called The Royal Knight with him. Fuck that. Uh-Uh. In his fucking dreams. Para nada!

When at UCLA, I had a boyfriend who turned me into a total scubaholic. He used to take me with him on scuba trips to Mexico, Hawaii, Australia etc. Those trips are etched deep in my memory. Absolutely wonderful. And the scuba diving wasn't that bad, either.

Me and Sandy go shopping for suits all the time. There are so many sexy ones out there. I just get off on them. Find them arousing.

We got our man into it as well. It's simultaneously exhilarating and relaxing, along with being extremely magical. Sorta like sex. But not quite. That's why I really love boning before and after dives. Sometimes during. What can I say, I'm a scubasexual.

Wear anything under your wetsuit?

P.S. Robertson Gym UCSB - saw Bruce there in 1975 and a bunch of other shows too, including Fleetwood Mac/Little Feat, the Dead, Zappa etc. Had a girlfriend in Santa Barbara. She was, at one time, dating one of the Loud boys, obviously not Lance.

Saw a few shows at the Earl Warren too. That was a great place to see big name acts. Not too big. The gym wasn't super huge either. Santa Barbara rules! Very relaxed chill atmosphere. And some good Mexican restaurants too.

There was a really good Mexican Restaurant at the bottom of State St.

This is getting a little too much like a private conversation. Why don't you go here: http://nowthatswhaticallbullshit.com/, click on the little speech bubble to the right of the title (A Saucerful Of Tears) and leave a comment. We can proceed from there.

Allow this to simmer and percolate some more while I coil myself around the base of your spine. I may rock you on the water and buoy you in the clouds, but first, let me pervade and amplify your swollen dreams.

There is an art to the tease which should be savored. It's the sustenance of witchery.