She just may have been the unluckiest woman on the planet -- not only did she quit Jefferson Airplane just before they became gazillionaires, but she had the misfortune to die on the very same day as Paul Kantner. 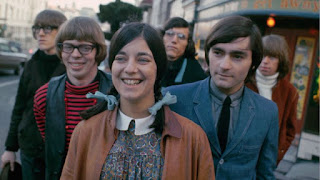 She had the pipes, though, as you can hear all over the first Airplane album.

In the meantime, a friend writes:

"At this sad time, our thoughts and prayers go out to the Jefferson family... 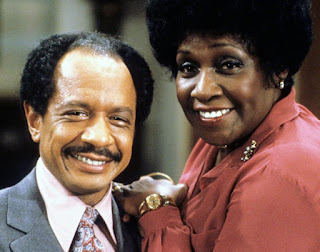 ...and the entire airline industry."

Okay, I'm going to hell for quoting that joke.

Their first album sans Slick was underrated and really quite good.

Indeed it was. And Skip Spence on drums to boot.

I thought the story was that she was pregnant and the band kicked her out. Too lazy to google though.

The band was more of an ensemble with Signe; Grace brought star power and hit songs, but she also brought a corrosive attitude and ego.

That is one GREAT song, and I forgot just how good it was. Must listen now to TAKES OFF, which I haven't listened to in forever. Thanks for posting this, and especially for the live clip. It always knocks me out to see how downright normal concert-attendees dressed at early (presumably) SF (and LA) shows; guys with unbuttoned button-down short-sleeve shirts and such. And on another note, I don't recall the Airplane getting any airplay in NYC prior to SOMEBODY TO LOVE. Anyone recalls?

I hadn't heard that tune in forever. Killer. I'll tell you who else could sing up a storm. That would be Marty Balin.

Bummer. By all accounts, a nice woman. I have a complete photo shoot of the Signe band done by a Los Angeles photographer mid 1966 at various locations around town including the merry-go-round at Griffith Park. Very precious to me. Her number was "Chauffeur." That first LP holds a special place in my heart. But the stuff they left off might even be better. Made "Early Flight" a necessity. Now bonus tracks.

I remember "It's No Secret" being played on the radio when I visited my cousin in Modesto on Easter vacation. It was a Top 30 hit in Northern California. So was "Come Up the Years." I don't remember them on SoCal radio until "My Best Friend," in late 1966. And that was with Grace.

She quit the band because she was tired of touring and changing diapers simultaneously. Her last and Grace's first shows have been preserved, first on bootleg, and then on official release. Very worthwhile purchases. Here's some stuff if you got the time.

Steve,
!- Sad news about Signe. "Takes Off" is an underrated album. Talk about Truth Is Stranger Than Fiction: two original members of the same band dying many decades later on exactly the same date. Wow.

2- Re: your hellish joke - I'd rather read a blog that has the occasional inappropriate thing said in jest than one that's all touchy-feely, touchy-feely. :)

There is also a bootleg of a 1966-09-30 show at Winterland that is quite outstanding. It has 3 tunes from the first set and the entire 2nd set minus 3/5. The vinyl version was titled "Flight Log" and was on Death Records. That was Wizardo's label in 1977. Many other tapes and CD's circulate from the early band. I've got a couple on which they do (I Can't Get No) Satisfaction:-) Not kidding.

On the official Sign'e last stand release they do a quick take on Midnight Hour which has Marty singing and 3/5 of Mile running through it. Fun stuff.

"Takes Off" is an album that deserves a proper remix and remastering job.