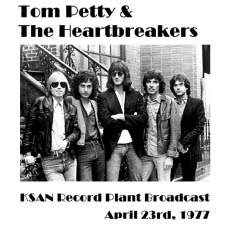 I once got into a big internet brawl with a more celebrated rock critic than moi over this track. He thought it was the worst ever cover of the song, and I thought it was phenomenal, dripping with a sinister quality of menace barely hinted at in the song itself. Kinda like the Stones transformed Bobby Womack's jaunty original of "It's All Over Now" into something way darker. In retrospect, I think I may have overstated my case, but since then said critic has blocked me on Facebook forever. Oh well.

Sounds like a cover of the Stones cover.
Not bad, but really worth arguing about?

Hey, I was young.

Excellent. Petty's vocals are better than Mick's. The other critic was wrong.

Both versions are great.

He's doing Jagger and Dylan at the same time!

Okay, Lester Bang is dead so we'll toss him out.

LOL, great that you spelled his name incorrectly, thx Steve.

You think that because Mendy's got a wiki page he's more famous ?
You're too modest and do a disservice to yourself.

Prior to finding your site, my gypsy life found me in any number of libraries as a young man grabbing a copy of Stereo Review.

Hell, you wrote for Rolling Stone for Christ's sake -

As mentioned about you in THE NEW YORK f'n TIMES.

The Entertainment Weekly article grew out of one about celebrity musicians written in 1989 by STEVE SIMELS for Rolling Stone magazine, but never printed there. It was revived after Gov. BILL CLINTON chose Senator AL GORE as his running mate last week.

What a sly and observant performance. America’s best highways are thrill rides that regularly throw their riders. This cover is somewhere between “Surfin’ USA” and “Sweet Jane” in its mood and intensity. And most of all, it swings like crazy.

The jury has returned. They find for the defendant, Mr. Simels.