So as you may or may not have heard, certain obviously mentally ill people have decided to issue a book version of my greatest hits, i.e. an athology of pieces about music, film and pop culture in general I have written over the years for various dead tree publications and, more recently, web sites including this here blog and Box Office.com. This is gonna happen sometime next year, the good lord willing and the creek don't rise.

I am currently in the process of culling all this stuff (fortunately, there is now a pretty complete online archive of back issues of The Magazine Formerly Known as Stereo Review). Also, a young, technologically savvy friend of mine has volunteered to digitally scan my 1985 masterpiece quickie rock book Gender Chameleons: Androgyny in Rock n Roll, which has been out of print practically since the day it was first released to a largely uncaring public. 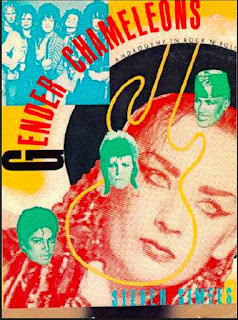 I am also pleased to note that my new friend, Pulitzer Prize winning high-brow critic Tim Page (hi, Tim!) has graciously offered to give me a complimentary blurb upon the book's publication, which is really a mitzvah.

In the meantime, I found this 1975 piece from SR recently, and I thought I would share it with you as a little advertisement for myself, if I may paraphrase Norman Mailer. It's self-explanatory, obviously, and I still love the list, but obviously it's a snapshot in time and if I was writing it today it would be a lot different. Enjoy, if possible.


My younger brother's passion -- or perhaps it's a mania -- for film exceeds even mine for music. I mean, he'll sit through four hours of a Republic serial without even going to the john! But his mania has its uses; not long ago I was browsing through an esoteric film journal in his collection whose basic premise I have decided to crib. Titled simply "Things We Like," it was a completely and openly subjective (what else?) catalog by two film nuts of moments they found memorable in various motion pictures. One moment that stopped me -- and it's the only entry I can remember, by the way -- was the opening: "Mariette Hartley's wedding in Peckinpah's Ride the High Country." Lovely.

Anyway, after worrying away at my own list culled from twenty-odd years of rock-and-roll, I've decided at last to air the dirty linen in public. What follows is simply a random rundown of things that have given me pleasure, rock-wise, over the years -- specific songs, events, brief musical bits. I won't pretend, as much as I'd like to (ought to?), that any of them have any significance other than showing where my own head is at, but never mind. This is strictly for browsing; I'm willing to bet any rock fan could come up with a totally different list that would be equally valid and just as much fun.

•George Harrison's last harmonic on the solo from "Nowhere Man."
•Charlie Watts hitting the bell of his cymbal on the final line of "Dead Flowers."
•The opening a capella harmonies on Fairport Convention's version of "Percy's Song."
•The Beach Boys' background ah-ohm-wop-diddits on "This Whole World.
•Smokey Robinson's heartrending wordless vocalizing at the end of "Ooh Baby Baby."
•Keith Richards' guitar solos on "Down the Road Apiece."
•Dave Davies' finger-picking on the fade-out of the Kinks' "See My Friends."
•Roy Wood introducing his solo on "Turkish Tram Conductor Blues" with a coy "Oh, yes."
•All of Bruce Springsteen's "Rosalita."
•Bob Dylan's spoken introduction for "Like a Rolling Stone" on the Albert Hall bootleg.
•The back-up vocals on the last verse of the MC5's "Shakin' Street."
•Steve Marriott's screaming at the end of the Small Faces' "Tin Soldier."
•David Crosby's harmonies on the last verse of the Byrds' "Fifth Dimension" and "I Come and Stand at Every Door."
•The drunken Dixieland band on the Stones' "Something Happened to Me Yesterday."
•Arlene Smith's singing on the Chanels' "Maybe."
•The production (especially the percussion) on Martha and the Vandella's "Dancing in the Street."
•Paul McCartney's bass line on "A Little Help From My Friends."
•Keith Moon's drumming on the final break of "Happy Jack."
•Eric Clapton's lead guitar on the studio version of "Badge."
•Stevie Winwood's organ work on the ending of "I'm a Man."
•Jeff Beck's guitar solo on the Yardbirds' "Train Kept A-Rollin'."
•Keith Richards forgetting to turn on his fuzz-tone during "Satisfaction" on the Ed Sullivan Show in 1966.
•Todd Rundgren's guitar work on the Nazz's "Under the Ice."
•Leon Russell's piano on Dylan's "Watching the River Flow."
•Johnny Johnson's boogie-woogie piano break on Chuck Berry's "School Days."
•Jimi Hendrix's solo on "Little Wing."
•Roger Daltrey's "Yeahhhhh!!!!!" after the instrumental section of the Who's "Won't Get Fooled Again."
•The censored original cover for Beggars Banquet. 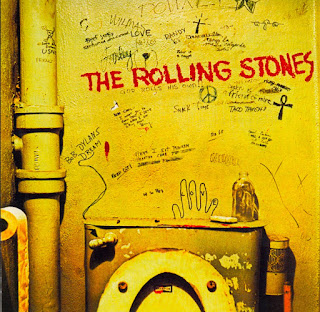 •Steve Stills' and Neil Young's guitar duet on the original "Bluebird."
•Skip Spence's mumbled vocal on Moby Grape's "Seeing."
•The rave-up during the Kinks' "Milkcow Blues" (studio and live versions).
•Buddy Holly's version of "Slippin' and Slidin'" with posthumously overdubbed backing by the Fireballs.
•The Stones doing "Under My Thumb" at Altamont, as seen in Gimme Shelter.
•Van Morrison's harp break on "Mystic Eyes."
•Joni Mitchell's long-held notes and guitar work on "Marcie."
•Ian Hunter's primal (what else?) screaming on Mott the Hoople's "The Journey."
•The fact that Bob Dylan is removing Pete Hammil's liner notes from Blood on the Tracks.
•The back-cover in-concert photo on the English EP version of Got Live If You Want It.
•Paul Buckmaster's orchestral evocation of Vaughan Williams at the conclusion of "Moonlight Mile."
•Paul McCartney's vocal on "Long Tall Sally". (Not to mention Ringo's drumming or George's second solo.)
•The out-of-tune twelve-string and falsetto vocal on the Stones' "Singer Not the Song"
•Gary Brooker's scream of "Here I go!" from Procol Harum's "Rambling On."
•Nicky Hopkins' electric piano solo on the Beatles "Revolution."
•Zal Yanovsky's solo album.
•Lou Reed's singing on the last verse of the original "Sweet Jane" on Loaded.
•John Fogerty's blues-wailing harmonica on "Run Through the Jungle."
John Mendelssohn's review of Led Zeppelin II.
•The Move's "Tonight."
•Beatles VI.
•Joan Baez's unintentionally hilarious attempt at soul singing on the Righteous Brothers' "You've Lost That Lovin' Feelin'" (in the 1966 film The T.N.T. Show.
•Almost anything by Dave Edmunds.
•Carly Simon's legs (if not her records).
•The echoed handclap before the ending of the Zombies' "Tell Her No."
•John Lennon forgetting the words to "Help" on the Ed Sullivan Show.
•John Entwistle's bass figures on the "teenage wasteland" portion of "Baba O'Reilly."
•Rod Stewart's "Whooo!!!" on the Faces' "Had Me a Real Good Time."
•Iggy Pop's Ray Davies imitation on "Gimme Danger."
•The Beatles' Shea Stadium Concert film.
•Elvis' weight problem.
•Alan Price's two-fingered organ solo on the Animals' "Boom Boom."
•Jack Cassady's eyebrows. (Also, his bass on the Airplanes' "Other Side of This Life.")
•Steppenwolf's "Born to Be Wild," as featured in the credit sequence of Easy Rider.
•Keith Richards' teeth.
•Carl Wilson's twelve-string break on the Beach Boys' "Dance Dance Dance."
•B.J. Wilson's one-measure drum solo on Procol Harum's "The Devil Came From Kansas."
•Neil Innes' "worst guitar solo in history" from the Bonzo Dog Band's "Canyons of Your Mind."
•West, Bruce and Laing titling a banal slow blues "Slow Blues."
•And, of course, just everything from Exile on Main Street.

I love the list and look forward to the book. Keep everyone posted when it's finally released.

By the by I met Neil Innes at what I still call Beatlefest in NYC in 2014. He seems to be a really nice guy.

Looking forward to the book!

Two other things I love about the Stones' "Down the Road Apiece": Charlie's opening rimshot - he loves putting those in unexpected places (see his entrance on "Start Me Up") - and Brian Jones driving the track so hard they finally just give him choruses.

Nice images, all. Reminds me that people who keep lists grow up to be critics.

I remember that list. It’s great to see it again in the 2st Century.
Btw, Happy Birthday, from a fellow Twenty-firster.

Congrats on the book! I love this list. I may steal the idea next time I'm lost for a BW post.

I subscribed to "the magazine formerly known as", and I remember reading this list with great interest. At the time, I was the only Move fan I knew, and so the only item I still remember, and immediately scanned for was: "•Roy Wood introducing his solo on "Turkish Tram Conductor Blues" with a coy "Oh, yes."
"Lookin On" was only available as a pricey, and hard to find import.
I finally received it as a birthday present, and except for that song, a pretty terrible album. So muddy and dark sounding.

I remember this list too and always wanted to see it again! The ones that stuck in my consciousness all these years were Rosalita and the Daltry yell in Won't Get Fooled Again.

Alan Price solos and Gary Brooker screams don't get the love anymore, I'm noticing. Thank for for having agreed with me on every last thing.