As My Mom Used to Say -- What Are You Hollering?

So the other day, over at Mr. Zuckerberg's Home for Doctored Nancy Pelosi Videos, several people I know and like and respect were flogging the years ago discredited canard that Bob Dylan is a lousy singer.

To which I would like to say, and for the record (in the immortal words of Nick Tosches), that said canard is merely another lesson learnt from that cherished American history book that taught us that Peary went to the North Pole alone.

In other words -- bullshit.

I mean seriously -- we're having this argument in 2019? Cheese Louise.

So let me introduce into evidence the astounding 1965 studio version Mr. Zimmerman did with The Hawks (i.e., The Band without Levon Helm) of "Visions of Johanna"... 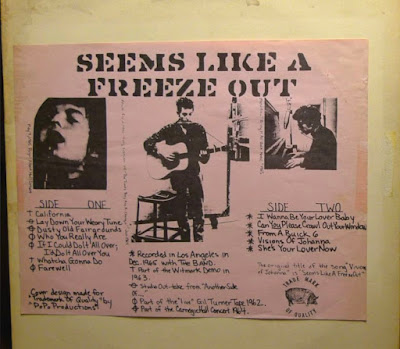 ...and then (another outtake), Bob's 1963 solo version of "Percy's Song" (one of his most brilliant early songwriting efforts)... 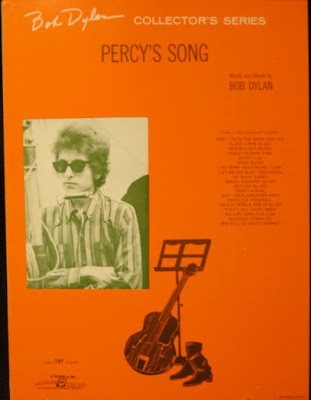 ...and then please tell me the guy can't sing.

Let's get real here -- his phrasing on both of those can only be described as magisterial. Not to mention that ghost-haunted moan Dylan unleashes at the end of "Johanna," which may be one of the most stop-you-dead-in-your-tracks moments ever. And as far as folk or rock vocals go, it doesn't get any freaking better than these two.

How weird. I was just thinking about this same canard last night after playing some Dylan. Hell, the last line of "Sad-Eyed Lady of the Lowlands" should have put that nonsense to rest 53 years ago.

he does have a unique voice, but at times seems, to me anyway, to strain to make it a challenging one to enjoy.

Dylan has a great rock and roll voice.

All you doubters, go play the Highway 61 album. Not a bum note, or cringe-inducing moment on it ... Some of his earlier stuff had their "challenging" moments, but you have to remember he was just a kid, giddy with his genius. By HW 61 Rev (still only 24 !!) he could do no wrong.

He is a great singer but he doesn't always use it. And even when he's croaking in that post-cocaine mumble you can make out the words (at least on record) - he's made dozens and dozens of albums and NONE of them need a libretto. Here's another masterful performance.

I agree with Billy B.

Dylan does not have a good voice in the traditional sense but he has a most magnificent "roots" singing voice.

All soul, no affect! (At least when he wants it so!)