Okay, it isn't just rock stars who are dropping like flies. Now it's rock critics. 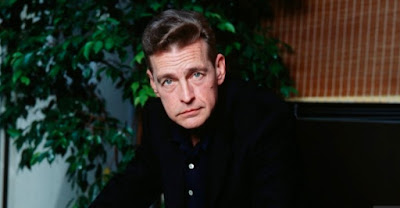 In this case, one of the handful of that breed who might conceivably have been inhabited by genius.

I didn't know Nick Tosches personally, but for years he was a fixture at a watering hole we shared in the Village, where I used to see him at the bar all the time. I found him an incredibly intimidating figure, for a variety of reasons, and frankly, if anybody had ever introduced me to him I would probably have gone into full humiliating "I'm not worthy" mode.

Which is to say he was sort of an idol of mine, and with good reason, I think.

For starters, this book... 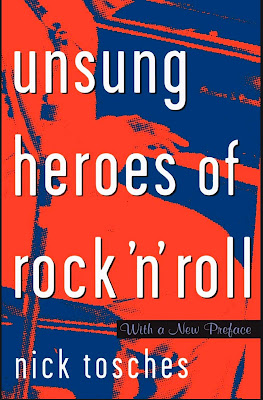 ...which began its life as an early 70s series in CREEM magazine, turned me on to scads of great music I hadn't known about. It's also one of the two or three funniest tomes ever written about rock-and-roll. 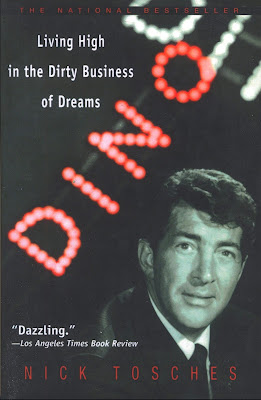 ...which is also pretty hilarious, is not only the greatest celebrity biography ever, but quite possibly the most profound, perceptive and eloquent meditation on existential nullity and the nature of fame in the English language.

Seriously, it rises to the level of, dare I say, literature, and if you haven't read it, your life is the poorer for it.

Bottom line: RIP, Nick. You were an irreplaceable original.

Brit film critic David Thompson described the Dean Martin book as "inspired in its evocation of the drift, the haze, and at last, the numbing futility of being Dino, or being alive."

I tend to see Tosches, Meltzer and Bangs as a school of writing, with Tosches as the most literary, but all of them capable of dazzling you. Haven't read them in a long time, cos they really loved to WALLOW.

Lester, obviously, was a god to me, but I never got Meltzer as a writer.

I have a funny story about him involving a press junket to see Alice Cooper in 1973 we were both on, however. Get me drunk someday and I'll tell it to you. :-)

I loved the Dino book

I got only got into Meltzer because in the early days of the net there was a web rock magazine (Sonic Net? not sure of the name) in which he had a column, Me and the Night and the Music. The mag was all alternative rock, so of course Meltzer wrote about classical music, which was a new obsession for him at the time. the writing was pretty fleshed out for him. Tried to find an example of it on the Wayback Machine but failed. I was probably disposed to like him since he had the Minutemen and BOC associations. Through him, I got to Tosches.

I haven't read those two, but "Hellfire", "Country", and "Save The Last Dance For Satan" are excellent.