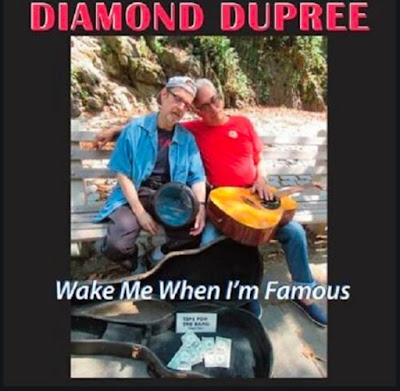 DD was a fixture in New York clubs throughout the 80s and early '90s; they also wrote songs for and backed up Ronnie Spector(!) on her fabulous Siren album (which, alas, has never been on CD, but you can get a vinyl copy at a reasonable price over at Amazon HERE).

A lot of people passed through the band over the years (including, briefly, myself) but the two constants throughout their career were Rafael Fuentes (second from left in the picture below) and Glen Robert Allen (right). 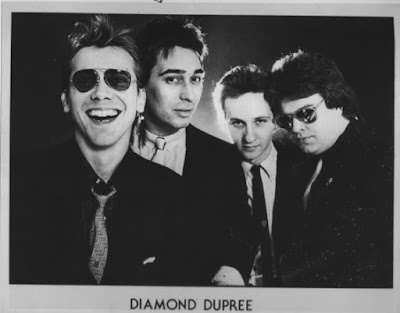 And if Glen looks familiar, that's perhaps because he's also been the drummer of The Floor Models since forever, but that's another story.

In any case, DD never made a proper album during the days they were gigging, but now -- as you may have guessed, given the CD cover above -- they have. And I am pleased to report that it's an absolute gem; melodic guitar driven pop/rock (with a pretty wide stylistic canvas, songwriting wise) at its most infectiously appealing.

Here's one of my favorite songs from the record (and I'm not just saying that because I'm playing the mariachi piano and horns stuff on the track) that should give you an idea of what the band was about.

And here's a vintage video, which demonstrates what a hot little outfit they were live.

The bottom line: Diamond Dupree are one of the great lost bands of their era, and this compilation does them full justice. You can -- and as I always say should -- order "Wake Me When I'm Famous" over at Amazon HERE in either CD or streaming form. Pronto.