Great Lost Singles of the 70s: The Road to Ruin

From the very first year of that lamentable decade, and the solo album that sold five or six copies in his hometown alone, please enjoy the amazing Ron Nagle and his kick-ass ironic (or is it?) anti-drug anthem "Marijuana Hell." 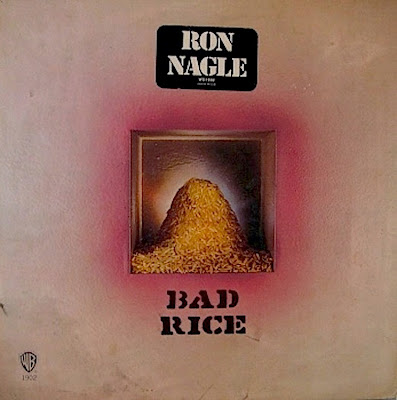 Although not, alas, a household word, Nagle's nonetheless a really interesting guy. A member of terrific first generation San Francisco band The Mystery Trend (click here and scroll down to hear one of their songs) he went on to a serious career as a producer and songwriter (for John Hiatt and Barbra Streisand, among a horde of others) while at the same time pursuing a totally separate life as one of the most important abstract expressionist ceramic sculptors in the country. 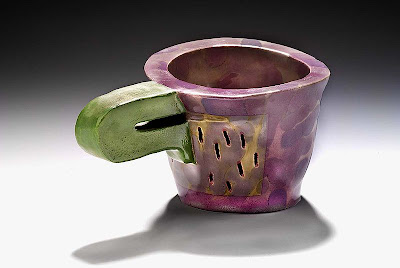 In any case, "Marijuana Hell" is just a great rock-and-roll record, and the rest of Bad Rice, which I had on vinyl back in the day (thanks to being on the Warner Bros. mailing list when I was rock crit for my college paper), is almost as good; it's an album that clearly deserves its cult reputation. BTW, the great Jack Nitzche produced, and Ry Cooder is all over it on slide guitar (although I'm not sure if that's him on "Marijuana Hell" itself). Rather amazingly, it's never been rereleased on CD, but you can download a very clean rip from the LP over at redtelephone66, perhaps the most amazing and indispensable site of its kind on the web. If you do, make sure you say hello to proprietor Leonard Los, and tell him PowerPop sent ya!
Posted by steve simels at 12:01 AM

Speaking of, when he teamed with Scott Matthews to form The Durocs they did a killer cover of Gene Pitney's It Hurts To Be In Love. The sax solo actually sounds like they're squeezing a pig. The drums blast out of the speakers. A real foot stomper.

If you'd like to hear it I could send you an mp3.

Note to self: Possibly anti-drug songs by obscure hippie artistes less interesting to readers than hoped for.
:-)

Not really, people should wake up to interesting and obscure music. Even if it's savory but for special tastes. Lady Gaga and Beyonce should be band from the airwaves, utter crap. The Grammys were a complete joke, have been for many years.

Lady Gaga and Beyonce should be band from the airwaves, utter crap.

Especially the former. A more talentless waste of protoplasm hasn't been on the scene in quite some time.

Didn't he write "Don't Touch Me There" ?

Hey, I think Gaga does some interesting work. The duet with Sir Elton at the Grammys was interesting.

I have a tenuous connection with Nagle: I studied ceramics with a teacher who had been trained by him, so I have been aware of his work since 1972.

A friend of mine has the Durocs LP down in his basement...it got some airplay here in the Bay Area on KSAN-FM at the time. Have you heard the story about how the got dropped from their label? The story is they brought live pigs into the Capitol Records building....