Key Changes of the Gods

From 1959, please enjoy the great Charlie Rich -- one of the most unjustly underrated figures of American popular music in the second half of the 20th century -- with his infectious minor regional hit "Whirlwind." 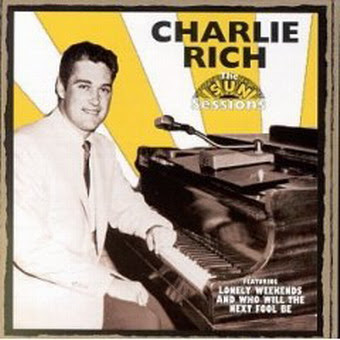 I first heard this record in 1994, on the soundtrack to one of the films in Showtime's Rebel Highway series (a bunch of American-Internation 50s drive-in B-flicks remade with a contemporary edge) and it knocked me out immediately. Apart from Rich's delivery, which is just the epitome of rockabilly cool, those up and down modulations, seemingly at random, don't really remind me of any other pop song I can recall at the moment.
Posted by steve simels at 12:02 AM

How about Party Doll by Buddy Knox, no modulation, a little slower, but close.

A lot of people don't realize he was a rockin' cat on Sun records for a while, he made some good recordings at that time.

Then came the country stuff later. Who could forget the big smash, Hey, did you happen to see.... (you know the rest) burned into everyone's minds in the early 70's. An artist has to make a living I guess. Not a bad tune though.

OK, the modulation DOWN really shook me. I guess that was the point, so mission accomplished.

I'm a fan, for sure...check out "Pictures and Paintings" sometime, one of his last elpees...goes down real smooth, in fact it might be too smooth for some - but I really dig it. Pick hit: "Don't Put No Headstone On My Grave".

The Sun stuff is great too, of course - there's a killer Bear Family box set of his Sun stuff, if you can track it down. You can tell he was trying to find his niche there and not necessarily succeeding, at least to the degree of certain labelmates...

Yup. A modulation down? WTF?

And the first modulation is a whole step in place of the usual half. That was surprising in itself.

Geor3ge, thanks for pointing that out. I just knew it sounded different and slightly wrong. But the modulation down was frankly shocking! It just goes to show how powerful our expectations are.

Okay, I just listened to again, just to see where the key changes go.

It starts in Bb, moves to C after the first chorus, Db after the break, then back to C for the last chorus.

I was hoping they'd realize they skipped B entirely and went back to cover it, but alas...