So sometime last week we were discussing Chicago indie-rock eminence grise Steve Albini (probably over at Eschaton, although it might have been here) and I was allowing how I thought he was a talented guy if something of a large asshole, in part because he thought it was funny to name one of his side project bands Rapeman. (Yeah, I'm aware he got if from a Japanese manga and thus it's like, you know, cool and ironic. Fuck him.)

Anyway, it occurred to me that the most important reason I think Albini's an asshole is because of what he did, wearing his "I am not a record producer" hat, to The Fleshtones' "Let's Go," the should have been a huge hit first track from what should have been that band's commercial breakthrough album Laboratory of Sound from 1995. 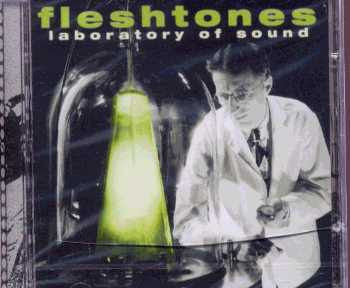 Seriously, this is one of the absolutely greatest rock songs and performances ever -- the right three chords, those strategically placed yelps of the title acting as a terrific hook throughout, the atomic energy level (that "The hell with radiation!" movie sample at the beginning is doubly appropriate) and perhaps the funniest and most bordering on genius lyrics about the appeal of cheap thrills/transcendence in the history of the music.

Doesn't get better than that, frankly. And yet you listen to the version that Albini "produced" and it sounds like every crappy teenage garage band that ever taped itself on an old Wollensak in their parents finished basement in 1965. Seriously -- I weep when I hear this; it's still thrilling, obviously, but when I think of how good it could have been if somebody not Albini (or an asshole) had been in charge of the recording it's enough to make you want to go to Chicago and smack the little twit upside the head.

Oh well, Could have would have yada yada.

In the meantime, I'd be remiss if I didn't mention that you can -- and definitely should -- stream/download the fabulous Fleshtones career documentary Pardon Us For Living But the Graveyard is Full (2009) over here. $10 -- Cheap! as they used to say at Mad Magazine.

I should also add that in the early 80s, the Fleshtones rehearsed in a studio two floors up from the one my skinny tie band used. One night, we took a break between songs, and all of a sudden the ceiling started to shake, violently, to the point where we were covered in plaster and going "What the fuck is that?" And then we realized -- it was the Fleshtones doing the loudest and most brilliant cover of the Yardbirds' "Happenings Ten Years Time Ago" any of us had ever heard.

Needless to say, I was a fan from that moment on.
Posted by steve simels at 12:03 AM

Odd that you should mention this today: yesterday I was fretting over an Albini section in Boys Don't Lie.

Jeff Murphy was producing the second Material Issue record, Destination Universe, when the label (or possibly Jim Ellison, who was something of a name-dropper, and wanted lots of big-name producers on the record) sent Albini to Zion to remix "What Girls Want."

Jeff absented himself, as you can imagine, so Gary Klebe ended up getting Albini set up with all the gear, and the version he came up with is apparently appalling, at least, as per Mike Zelenko's telling. Buried vocals, muddy drums, lotsa guitar.

They also sent it to Andy Wallace, who had mixed Nevermind: his version was so close to Jeff's that the final version on the record is actually the two spliced together.

Have I mentioned that there's a lot of "news" in this book?

The idea of an Albini mix of "What Girls Want" is...terrifying.
:-)

Dear Steve,
Steven Coleman in London forwarded me your link. Funny, although it always seemed to me to be a boring 'career move', I was thinking that we should do an album of ou own material. Maybe 'Let's Go!' should be included? I always thought it could have been shortened a bit -you know, short and sweet. In fairness to Albini (who never claimed to be a 'producer'), we learned some important lessions working with him. At one point he said "Why do you guys need a producer anyway?" We never used one again. And that might not have been us playing 'HTYTA' upstairs from you, maybe Optic Nerve, but you never know!
Peter Zaremba

p.s. You should see the REAL cover for 'LOS', Greek vinyl copies only!
and thanks.

Seriously -- it wasn't you guys playing The Yardbirds upstairs from us?

It was the old Music Building on Broadway, a few blocks down from Port Authority.

How about an album's worth of those Music Building rehearsals, Peter? The liner notes alone would be worth it!

All this song needs is the guy who produced London Calling twiddling the knobs. Top rate tune and performance.

Hey, I was IN a crappy teenage garage band in 1965. And there were lots more of them.

A lotta fun. Very N.Y. Dolls/Dictators. Which would have made it pretty retro even in '95 when, IIRC, self-pitying grunge was all the rage.

I dunno, I thought the muddy, sloppy production kinda fit the song

Okay, on reflection I may have been trying a little too hard to make a point.
:-)

Dammit, steve, here I was all set to get flamed for a contrary opinion and you turn around & act like a gentleman!

Is the version you are referring to the one that's posted here? It sounds great! A lot better than I remember it sounding at the time. The last few records are, I think, the best productions the mighty Fleshtones have been subjected to.
x Don Pyle

Steve,
You may think your teenage garage band from 1965 was crappy. I know it was awesome! I will say, I always thought of "Let's Go" as somewhat of a “renaissance” song for the boys. It sounds like they finally got pissed off enough to start pissing people off. (I think this was also the first time I had to break down and buy a CD, which I wasn't happy about.) I remember getting about half way through this song and deciding I had to start it over again. "Did I just hear what think I heard! Damn!"

Wow, the clientele around here is getting pretty upscale. Do I have to put on makeup?

as someone who was dragged by a scenester unannounced to Albini's apt once, i can attest that he is a pretty nice guy, and other bands I know who have worked with him say the same. still, his own music has created an image for him quite the opposite. I don't know if he intended it that way, or if he really really liked GO4 and decided to crank it the hell up. i suspect he likes screwing with people's heads.