[Weekend Listomania remains on hiatus but will return, as promised, next Friday. -- Ed.]

Seriously -- Happy fricking New Year. And I say that secure in the knowledge that 2011 will without a chinchilla of doubt be the suckiest year any of us has experienced in memory. Suckier than 1968, even, unless we're very lucky. Which I doubt we will be. 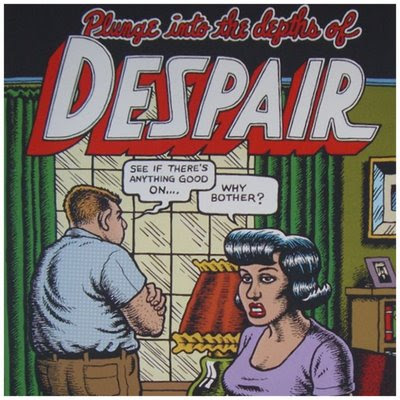 In that spirit then, please enjoy -- from sometime in the early 80s -- the irrepressible Andy Breckman and his ode to feeling reasonably okay despite everything -- "I Had a Good Day."

Incidentally, I remain convinced that The Rolling Stones are singing "Mr. Greenblatt died" rather than "You make a grown man cry" in "Start Me Up."

Apparently, I have issues.
Posted by steve simels at 12:10 AM

Here's a Listomania topic - best optimistic rock song. Hormone-charged praise of hot girls doesn't count. It needs to be a song about life being good more or less in toto.

Or Foreigner. Or Styx.

It's a pretty small sample. Start with "Daydream" by the Lovin' Spoonful.

And if you play "Start Me Up" backwards, you can hear Charlie intone "I buried Greenblatt"...

Whoever Mick is singing to in "Start Me Up" could make a dead man come, which is a special talent, I must say.

Actually, I always thought that was kinda gross.
:-)

pete -- "best optimistic" rock song would be a good exercise. Yesterday, Todd Rundgren's "All the Children Sing" was running through my head for some reason, and it was not at all unwelcome. And how about the sheer optimism of "Gotta Lotta Livin' to Do", with blue-jeaned Elvis coming on all electrifyin', exactly like Al Jolson's doing "Toot Toot Tootsie" in Jazz Singer.

What a perfect pop song! I had heard it before, but thanks so much for sharing it.

And tonight, everyone raise a glass to each other, our little corner of the internet, and hope, or even pray, that this year is less sucky than last.

As for optimistic songs, how about The Man Who Murdered Love by XYC? Wonderfully optimistic music with levels upon levels of irony in the words.

What was wrong with 1968? I was a very sheltered four-year-old in a well-to-do suburban neighborhood.

I could walk and talk and was potty-trained. Everyone I knew was still alive, and Christmas was still fun.

Never heard this before -- love it!

This sounds like a self-generated Listomania! And so, in that spirit, I nominate "Here Comes the Sun".

And if anyone suggests "Don't Worry, Be Happy" I will personally come to your house and smack you with a dead herring.

Oh, and Happy New Year, everyone!

BTW -- I've been looking for an excuse to post that Crumb cover since forever.

Finally listened to the tune.

The music reminds me of Chris Spedding.

Breckman's a big-time comedy writer. Wrote for Letterman for years; also did a couple of movies.

He had a parallel career as a folkie -- that's a demo he did with a bunch of guys I knew from the Village back in the day.

Of course, Harvey Pekar died this year, so I thought it was a tribute. Oh well.

Most optimistic song is going to be somewhere in the Jonathan Richman collection;>

Acccckkkk. Got to start looking more closely. I thought it was an American Splendor cover.

That's about a barrel of awesome in a ten-gallon hat.

Happy New Year to you & yours!