And Speaking of Gorgeous....

From a Badfinger tribute album originally released in 1996, please enjoy the incomparable pop rock genius of Bill Lloyd and an utterly magnificent cover of the Apple band's classic "Lonely You." 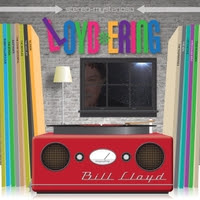 Incidentally, the track is now available on a just released collection of Lloyd's various covers over the years, and I highly recommend it, even if you have some of them already (the new mix of his take on the Raspberries "Going Nowhere Tonight" is alone worth the price of the album). You can order it over at Kool Kat Music HERE.
Posted by steve simels at 10:30 AM

And because I love you all more than food, here's Lloyd's version of Nilsson's "The Lottery Song" from the same album.

Not familiar with Mr. Lloyd, but I'm getting a strong Matthew Sweet vibe.

As long as I'm here, I'll throw this one out: Baby Blue is the greatest Power Pop record EVAH.

I am definitely feeling the elephant. Are you familiar with Swag?

I played bass and engineered a track on that tribute CD, and every time Lloyd's cover would pop up while the CD was playing, I'd have to stop and give it my attention . . . .