Donald Trump: “When Mexico Sends Its People, They’re Not Sending Their Best."

Oh fuck you, Donald. For starters, they sent us this guy.

From a just released Latin tribute to CCR... 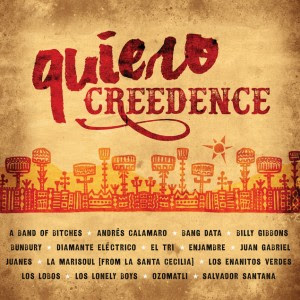 ...please enjoy the late Juan Gabriel and a really splendid cover of "Have You Ever Seen the Rain."

To be honest, I had never heard of Gabriel until last weekend, when I saw an obit for him on CNN, but he was apparently about as iconic as a human can be in his native country, and throughout Latin America. In any case, this is pretty much the standout track from the album, which is as spotty as most similar compilations tend to be. Although there's a wonderful version of...hmm, I think I'll save that one for tomorrow.

Steve,
This isn't about music but since I share your disdain for Mr. Trump, I thought I'd share it with you.
Every year in March the PGA (Professional Golfers Association) tour has held a tournament in Miami at the Doral Resort & Spa. Donald Trump bought this facility several years ago and still owns it. However, a few weeks ago the PGA announced that, starting in 2017, they are moving the tournament to a new site. It's going - get ready - to a club in Mexico ! Oh, the delicious irony !
Like I said, it's not the least bit musical but I thought you'd enjoy it.

Great version. If I heard it in a bar, I'd be scrambling for days to figure out who did it, even with my high school and one college-semester Spanish. Embarrassing video though.