Weekend Listomania: Special Time for My Boot Heels to be Wanderin' Edition

Well, it's Friday and you know what THAT means. Yes, my Oriental arm candy FAH LO SUEE and I are off to the University of Texas at Austin, where we plan to wave sex toys at the police. Not to join in the student protest against UT's concealed carry policy, but because we just enjoy waving sex toys at the police.

That being case, things will doubtless be a little slow around here for a couple of days, so in our absence, here's a fun little project for us all to wile away the idle hours:

No arbitrary rules here whatsoever, you're welcome very much. 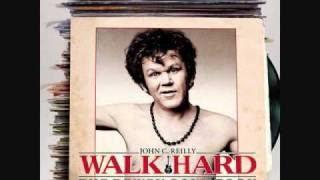 The greatest protest song of all time. Or at least till they remake The Wizard of Oz.

4. Mouse and the Traps -- A Public Execution

And speaking of Texas, these guys were apparently real big in the Lonestar State; supposedly this was a national hit, though, I never heard it in New York. In fact, I was unaware of this pitch-perfect emulation of Dylan's Blonde on Blonde period until Lenny Kaye included it on his groundbreaking Nuggets compilation. 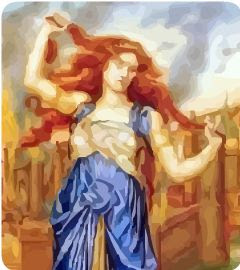 You can read more about the genesis of this, uh, classic over HERE. In any case, let's just say that I wrote the deeply mediocre guitar riff central to the song.

2. The Silkie -- You've Got to Hide Your Love Away

The John Lennon classic from the Help album, obviously. This live version isn't as good as the hit studio version George Harrison produced for these earnest folkies, but I don't think I've ever seen live, non lip-synched, footage of these guys before.

And the number uno, it's not even close so don't give me any grief, evocation of the work of the Bard of Hibbing Minesota clearly is --

1. The Rolling Stones -- Who's Been Sleeping Here?

One of the many great songs from Between the Buttons, which on certain days I am convinced is the Stones' all-time best album. Splendidly Dylan-esque, obviously.

Alrighty then -- what would YOUR choices be?
Posted by steve simels at 8:32 AM

To warm things up, do let's review and earlier post:
http://powerpop.blogspot.com/2013/03/the-present-bohemian-poseur-refuses-to.html

Hmmm...I'm not particularly a Dylanologist, but I'll take a couple of swings at it:

Tonio K, "The Ballad of the Night the Clocks All Quit (and the Government Failed)" - kind of has that surreal vibe that you hear on some of Dylan's stuff. And Mr. K was often mentioned by the rock press as one of the candidates for the title of the "new Dylan" in the late '70s.

T-Bone Burnett, "House of Mirrors" - another of the "new Dylans", this is from his first solo album. Many candidates for this Listomania from the Burnett oeuvre...

Chris Whitley, "I Forget You Every Day" - mostly for the opening line "Waitin' for to be confessed / all alone and all undressed", which for some reason has always seemed very Dylanesque to me. From his brilliant, fiery first album. Ghod I miss Chris Whitley...

And I'll throw in "At the Hundredth Meridian" and "Nautical Disaster" from the Tragically Hip's two best album, "Fully Completely" and "Day for Night" respectively. I couldn't really be classed as a fan of the Hip, but those two albums are quite good, and the two songs I mentioned are very good. Sadly, the band's lead singer and songwriter, Gord Downie, has recently been diagnosed with terminal brain cancer and the band is just finishing its farewell tour.

Continuing with the death theme, the late Warren Zevon's "Poor Poor Pitiful Me" from his self-titled second album. Dylanesque heavy irony. And bonus points for Zevon's cover of "Knocking on Heaven's Door" on his final album.

Now I'm depressed; quick, somebody jump in with some lighter material! :-)

There's no reason to be depressed. Bob Dylan’s a standard for every singer-songwriter-rock-artist, and the best Bob Dylan songs include apocalyptic visions, metaphors, and stories that may be instructive, vindictive or impenetrable, and by impenetrable, I mean, “What the hell is this song all about?” So why doesn’t Bob do a tribute album to himself, instead of recent Christmas albums, collections of standards, and the best of Frankie? There are PLENTY of great Dylan songs that Dylan never wrote! Frankly, I’d love to see a Dylan Duets album with a half-dozen or so of the New Dylans, a track with Donovan (doing Dolly Parton’s I Will Always Love You – oh, what the hell, throw in Dolly, too!), and if necessary, a duet with Bono. But please, Bob, include the following. You could’ve written all of them, and you can’t listen to any of these without thinking that each was written with your mind in mind.

The Edge of the Universe Café by Ike Reilly (2005) from the album JUNKIE FAITHFUL
https://www.youtube.com/watch?v=6T-uQOsGjMk

Put It Down by Elliott Murphy (2000) from the album RAINY SEASON
https://www.youtube.com/watch?v=iVptLbnRlrc

Fill Me With Your Light, the Clem Snide song (2005) from the album END OF LOVE
https://www.youtube.com/watch?v=u-uvp-AWH5Q

Going To Hell, by Brian Jonestown Massacre (1998), from the album STRUNG OUT IN HEAVEN
https://www.youtube.com/watch?v=79K8YYLvppY

and finally,
Nobody Really Cares If You Don't Go To The Party by Courtney Barnett (2015) from the album SOMETIMES I SIT AND THINK, AND SOMETIMES I JUST SIT
https://www.youtube.com/watch?v=2ZOGlFdReMM

Mark, my tongue-in-cheek comment about being depressed was that I ended my post with reminders of death: Chris Whitley and Warren Zevon are both dead, and Gord Downie is in the process of shuffling off this mortal coil...but in all seriousness, good music is always a life-affirming thing, even if it's about serious subjects.

Rhett miller likes to tell audiences that Dylan gave his personal approval of Old 97s' "Champaign Illinois," but to me "Desolation Row" is the last one you want to steal from.

As Mark said, there have been plenty of Dylan inspired or straight out imitators, from Donovan to Jake Bugg. But the first to pop into my head was Dan Bern's "Estelle" which is damned good in its own right, but is super derivative of late '90s Bob.

This might be a little obvious, since it was a big hit single and was also featured in a pretty memorable scene in a movie, but STEALER'S WHEEL- "Stuck In The Middle With You". It's hard not to hear Gerry Rafferty's somewhat nasal lead vocal on the song and not think of Dylan.

Also, Roger McGuinn's song "I'm So Restless" (the lead-off track on McGuinn's first solo LP, from 1973). I guess it might not qualify for this list since Dylan himself plays harmonica (and guitar?) on the song, but the words, which are actually by Jacques Levey, have some of the lyric daring and imaginative wordplay that you find in Bob's better work.

Worst ever? I'm surprised no one mentioned PF Sloan big-hit stinkeroo "Eve of Destruction." Hearing it gives me hives to this day.

Yeah, that song sucks, but this cover almost redeems it.

And the album the track comes from, PSYCHEDELIC CIRCUS, is very VERY good.

the Floor Models used to do a live version.

Andy would sing "You may leave here/for four days in space/but when you come back/you can't get a parking space."

The RED ROCKERS'cover of "Eve Of Destruction", which I agree is great, is on their album "SCHIZOPHRENIC (not PSYCHEDELIC) CIRCUS."

I actually like SOME of P.F. Sloan's Dylan-influenced stuff. In fact, I think another candidate for "BEST DYLAN SONG DYLAN NEVER WROTE" is "Above & Beyond The Call Of Duty" from his 1968 ATCO album "MEASURE OF PLEASURE".
The Memphis cats (Steve Cropper, et. al) who back up Sloan on the LP really rock out behind him on that particular song and it features the immortal line "Susie thinks everyone's out to get her/'Cuz she's got pock-marks on her back". Delicious.

It works because they injected a heavy dose of power pop into it, dropped the leaden portentous kettle drums and best of all - no Barry McGuire caterwauling

It works because they injected a heavy dose of power pop into it, dropped the leaden portentous kettle drums and best of all - no Barry McGuire caterwauling

Simon & Garfunkel's "I Am A Rock" is pretty bad.

"I am a schmuck/I'm from Long Island."


I could spend hours on this topic, but this was the first one that came to mind (although I don't know if it really counts or not):

M_Sharp & Steve, re: "I Am A Rock"...really? Beg to disagree. There are quite a few unimpeachable Simon and Garfunkel songs, and (IMHO), that's one of them.

I like "I am a Rock" but there are a couple of cringe-worthy lines, like there are in a lot of early Simon.

Hey, we were all young once.

That could actually be a future Listomania: "Most Cringe-Inducing Lines Ever In Songs."

And another one could be (along the lines of Dylan): "Best Beatles Songs The Beatles Never Wrote". I've already got a few in mind for that one.

Simon himself admits that early S&G involved "a lot of posing," saying which raised him in my estimation.

Persecution Smith is pretty embarrassing all the way around for Dylan, Diddley and all of Detroit.

There was a local minor hit by a group called the Gas Co which gave more of a nod to Eve of Destruction than Dylan. It was called Blow Your Mind. I like it but that doesn't mean I think it's good. If I remember it's got a line "Take your eyes off and screw them back into your head."

Me, I'm waiting so patiently lying on the floor.

"It's laughter and it's loving I disdain."

"I have my books and my poetry to protect me"

"And a rock feels no pain
And an island never cries"

The Dylanesque band probably makes it worse than it is. Simon's pageboy haircut doesn't help, either.