Boy, This is REALLY Gonna Piss Off Ned Rorem!

The irrepressible Bob Dylan is the 2016 recipient of the Nobel Prize for Literature. 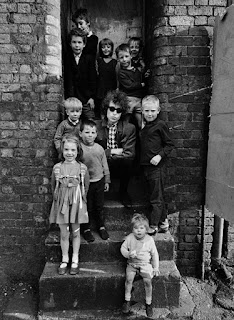 Meanwhile, here's the aforementioned Ned Rorem, America's self-identified greatest living art song composer who nobody gives a flying fuck about, having a jealous hissy fit in the New York Times.

As one who has always found Dylan the singer charmless and rasping, Dylan the poet sophomoric and obvious, and Dylan the composer banal and unmemorable, I did not have my feeling changed by Jonathan Lethem's review of Christopher Ricks's book ''Dylan's Visions of Sin'' (June 13). Lethem's complicity with the author in equating Bob Dylan with Blake and Picasso, no less, must embarrass even Dylan.

Yet assuming he is right (though what is ''right'' in such matters?), Lethem has not one word to say about the music; when he says ''music'' it's as a synonym for ''lyrics.'' Since ancient times songs sink or swim on the quality of the music to which the poems are set; but Lethem has no opinion, much less an analysis, of how the tune and harmony and instrumentation relate to the text.

As for the giggly postscript by Lucinda Williams (''Love That Mystic Hammering''), she does refer to Dylan's ''sweet beautiful melodies,''as well as to his influential ''sweet-ass attitude,'' but such notions are meaningless in responsible criticism.

Yeah, well, Ned old horse, here's a song Bob threw away. And to paraphrase what Charlie Pierce said at Esquire yesterday, if this isn't great writing then I'm Marie of Rumania.

As they were taking down the tents

The stars above the barren trees

Were his only audience

Can strut their feathers well

But nobody can sing the blues

Hear the cracking of the whips

(And) see the ghosts of slavery ships

I can hear them tribes a-moaning

(I can) hear the undertaker's bell

(Yeah), nobody can sing the blues

And here's the master with another -- more light-hearted -- song he threw away on a Traveling Wilburys album. On top of everything else, this guy is -- as Jack Nicholson famously said about him at some awards show a while back -- a riot.

And speaking of Bob the stand-up comedian, here's my favorite thing he ever said.

"Once introducing himself to Bob Dylan at an L.A. party, [Peter] Grant offered a warm handshake. 'I’m Peter Grant, manager of Led Zeppelin,' he said. Dylan replied, 'I don’t come to you with my problems, do I?'

Oh, and BTW -- the Hamilton guy gets it.

So this guy gets the Nobel Prize for literature, and not Donald Trump?? Come on!! What more evidence do you need of a vast, coordinated media conspiracy? We have all the proof, and we will reveal it at the appropriate time.

Jay Lustig and I have been trading Dylan verses since the news came out yesterday, marveling at the subtle details we're finding. From the early song "Only a Hobo": "It don't take much of a man to see his whole life go down,/To look up at the world from a hole in the ground,/To wait for your future like a horse that's gone lame,/To lie in the gutter and die with no name." The switch from third-person to second-person in the third line is absolutely chilling."

Say what you will about his voice, the lines he writes for it have a percussive force that cannot be denied. There are so many examples but my favorite is a song from the '80s called "The Groom Still Waiting at the Altar." The band, including some very big names, is obviously learning the tune on the fly and the groove is stiff and tentative - until Dylan starts singing, and then it explodes.

The Dylan protocol is to leave out crucial pieces of information, then choose images that relate to this lost info and build the song around the central core of meaning, which remains empty. For most of us, this becomes an exercise in avoiding the point. When Dylan does it the effect can be overwhelming, a direct evocation of the raw emotions involved without the intercession of a narrator.

Great verses, so many of them.

"He's got a brother named James/Remembers faces and names/Sunken cheeks and his blood is mixed./He looks straight into the sun and says, 'Revenge is mine, hon.'/But he drinks. And drinks can be fixed."

Favorite NYC geographic reference? "In the empty lot where the ladies play/Blind Man's Bluff with the keychain/And the all-night girls whisper of escapades out on the D train."

Favorite putdown? "You've got a lot of nerve to say you are my friend."

Favorite expression of sincere gratitude? "I'm still carrying the gift you gave./It's a part of me now./It's been cherished and saved./I'll take it with me into the grave/And into Eternity."

I was glad to see that Edroso's favorite Dylan couplet was one of mine as well: