Baby Pictures of the Gods

The story so far: Last week I got an e-mail from a band -- called The Tomboys -- that I was unfamiliar with (which is far from an unusual occurrence around here, obviously).

And the message of which was -- hey, we're pretty cool, we think we're up your alley, and if you agree, will you write about us?

So having (as usual) far too much time on hands, I gave 'em a listen, and what do you know -- they really WERE terrific. Great early 80s retro guitar driven power pop sound, and very very accomplished; comparisons to Elvis Costello or Any Trouble would not have been inappropriate.

I got back to them immediately and asked who they were and how long had they been doing this?

We’re from South Florida – Miami, specifically. The band formed in 1979 and had a nice run thru 1986. We were literally freshmen in high school - very young teens - when we started performing and songwriting. We finally hit the studio in 1982. We had our “moments”, locally and regionally. Several showcases and “label-auditions” later, we were right back in Miami. Power-pop, from Miami, by teenagers… it was a mix they just couldn’t wrap their heads around. Perhaps if we were from the mid-west, already in our mid-twenties, and lived out of a van – then maybe. LOL. 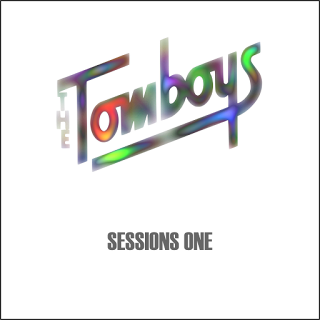 Well, that explained the retro sound, and given that (despite being older than those guys) I had a similar sort of story in my own musical past, I decided to sing their praises. Hence this posting.

Anyway, while getting the piece together I noticed they'd included a considerably longer bio and while reading it I was almost knocked out of my Barcalounger to learn that The Tomboys' bass player was none other than the incredibly great Raul Malo, who'd gone on to be the singer for the also incredibly great (and considerably more commercially successful) The Mavericks. A band, coincidentally, which I'd written about a few weeks earlier after chancing upon this fabulous video.

(I should add that Tomboys guitarist/vocalist Tommy Anthony also has a resume that's not too shabby; in fact, he's been a member of Santana since 2005. But enough about me.)

In any case, you can and should get a free download of their remixed and remastered vintage EP over HERE. Trust me -- you won't be sorry for making the effort.

Steve, you're not the only one currently singing their praises. This is from Friday.

That's pretty hooky catchy and fun. And Raul Malo - he is great.
I think you should open up a contest. Best powerpop bands from each state that never went big (beyond their home state). I know who I would submit.

The Floor Models never played out of town.
:-)

That Tommy Anthony guy does a pretty good impression of Sting. When Santana does his band introductions on stage, Anthony takes a solo bow on Roxanne.

Always see Raul when he plays the Coach House. Any one see the Mavericks reunion gigs. Eddie Perez is the shit. Saw him do a one-off with Jim Lauderdale. He literally just got off the plane and never rehearsed. In fact none of the hastily assembled band had. Nevertheless, one of the most amazing performances I've ever seen.