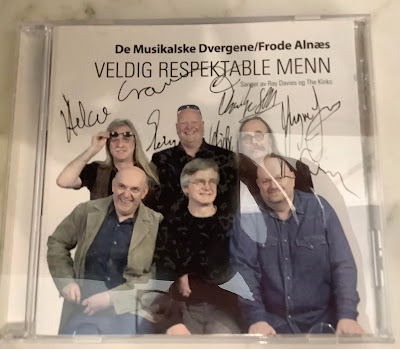 ...and it's as wonderful an album as I had hoped; there isn't a bum track on it, and it remains astonishing how well the songs of Ray Davies, which pretty much define Britishness, translate into Fjordistan-ese.

Case in point: Perhap's Ray's most definitively English song, and my personal favorite Kinks track of all time, "Autumn Almanac"...

...rendered here as "Når Høsten Setter Inn" and it still works like gangbusters.

Have a great weekend, everybody!!!
Posted by steve simels at 8:37 AM

Show's the importance of a great melody.

The best band from the republick of Bergen